Want to listen to the audiobook God's Secretaries: The Making of the King James Bible written by Adam Nicolson?
MP3 Audiobook Player is here to help! 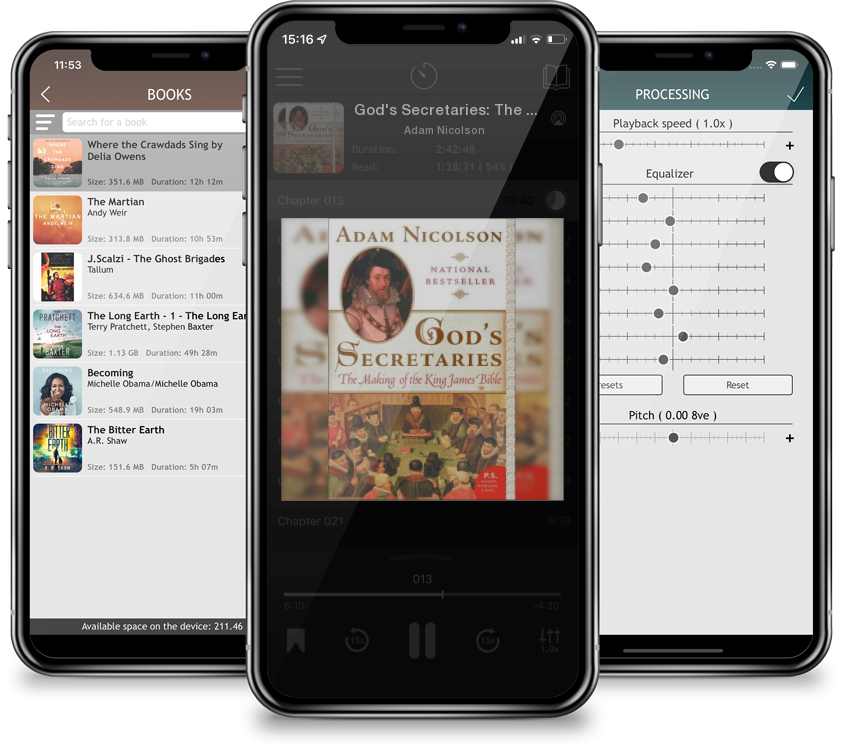 God's Secretaries: The Making of the King James Bible

NATIONAL BESTSELLER • A NEW YORK TIMES NOTABLE BOOK“This scrupulously elegant account of the creation of what four centuries of history has confirmed is the finest English-language work of all time, is entirely true to its subject: Adam Nicolson’s lapidary prose is masterly, his measured account both as readable as the curious demand and as dignified as the story deserves.”  — Simon Winchester, author of KrakatoaIn God's Secretaries, Adam Nicolson gives a fascinating and dramatic account of the era of the King James Bible and its translation, immersing us in an age whose greatest monument is not a painting or a building but a book.A network of complex currents flowed across Jacobean England. This was the England of Shakespeare, Jonson, and Bacon; the era of the Gunpowder Plot and the worst outbreak of the plague. Jacobean England was both more godly and less godly than the country had ever been, and the entire culture was drawn taut between these polarities. This was the world that created the King James Bible. It is the greatest work of English prose ever written, and it is no coincidence that the translation was made at the moment "Englishness," specifically the English language itself, had come into its first passionate maturity. The English of Jacobean England has a more encompassing idea of its own scope than any form of the language before or since. It drips with potency and sensitivity. The age, with all its conflicts, explains the book.This P.S. edition features an extra 16 pages of insights into the book, including author interviews, recommended reading, and more.