Want to listen to the audiobook Goddess of Anarchy: The Life and Times of Lucy Parsons, American Radical written by Jacqueline Jones?
MP3 Audiobook Player is here to help! 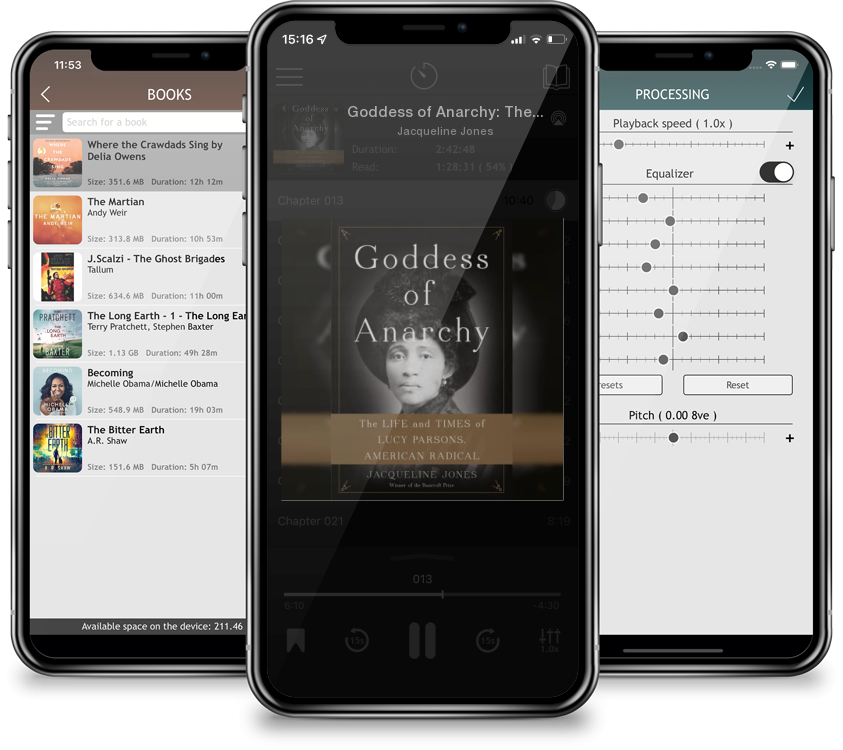 Goddess of Anarchy: The Life and Times of Lucy Parsons, American Radical

From a prize-winning historian, a new portrait of an extraordinary activist and the turbulent age in which she livedGoddess of Anarchy recounts the formidable life of the militant writer, orator, and agitator Lucy Parsons. Born to an enslaved woman in Virginia in 1851 and raised in Texas-where she met her husband, the Haymarket "martyr" Albert Parsons-Lucy was a fearless advocate of First Amendment rights, a champion of the working classes, and one of the most prominent figures of African descent of her era. And yet, her life was riddled with contradictions-she advocated violence without apology, concocted a Hispanic-Indian identity for herself, and ignored the plight of African Americans. Drawing on a wealth of new sources, Jacqueline Jones presents not only the exceptional life of the famous American-born anarchist but also an authoritative account of her times-from slavery through the Great Depression.