Want to listen to the audiobook Gods of Mischief: My Undercover Vendetta to Take Down the Vagos Outlaw Motorcycle Gang written by George Rowe?
MP3 Audiobook Player is here to help! 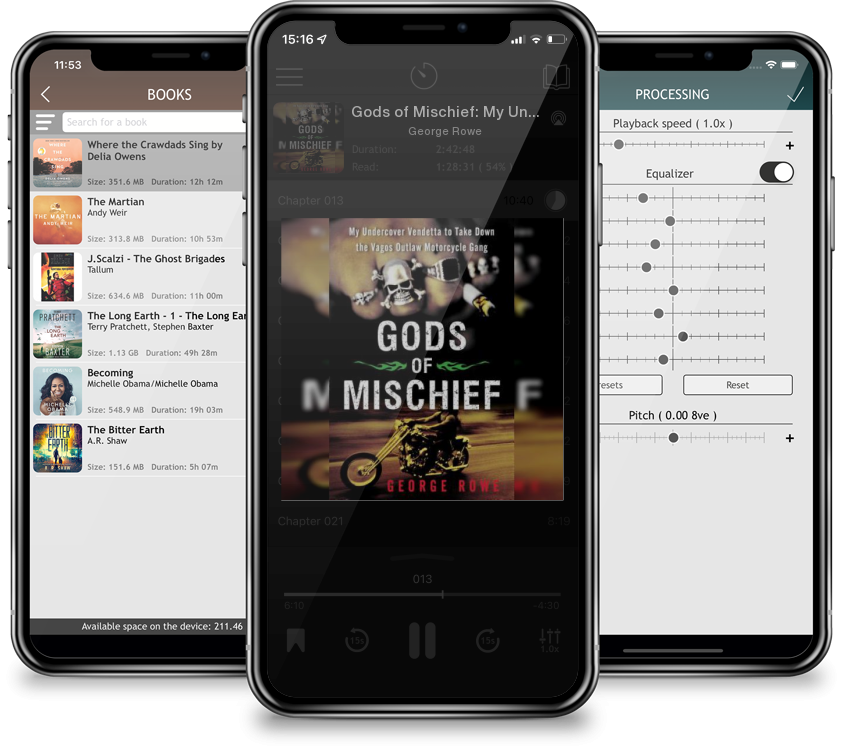 Gods of Mischief: My Undercover Vendetta to Take Down the Vagos Outlaw Motorcycle Gang

This harrowing, no-holds-barred true story is the “brash account of a reformed bad boy’s decision to help the federal government take down Green Nation, the Vagos outlaw motorcycle gang” (Kirkus Reviews).Gods of Mischief is the harrowing, no-holds-barred true story of a bad guy turned good who busted open one of the most violent motorcycle gangs in history. George Rowe’s gritty and high-octane story offers not only a clear window into the violent world of the motorcycle outlaw but a gripping tale of self-sacrifice and human redemption that would be the stuff of great fiction – if it weren’t all true. After witnessing the Vagos, one of the most dangerous biker gangs in the country, brutally and senselessly beat his friend to near death over a pool game, Rowe decided to pay back his Southern California hometown for the sins of his past by bringing down the gang that was terrorizing it. He volunteered as an undercover informant and vowed to dismantle the brotherhood from the inside out, becoming history’s first private citizen to voluntarily infiltrate an outlaw motorcycle gang for the U.S. government. Along the way, Rowe lost everything: his family, his business, his home – even his identity.