Want to listen to the audiobook Gossip, Lies, and Judgement written by Alan Baxter?
MP3 Audiobook Player is here to help! 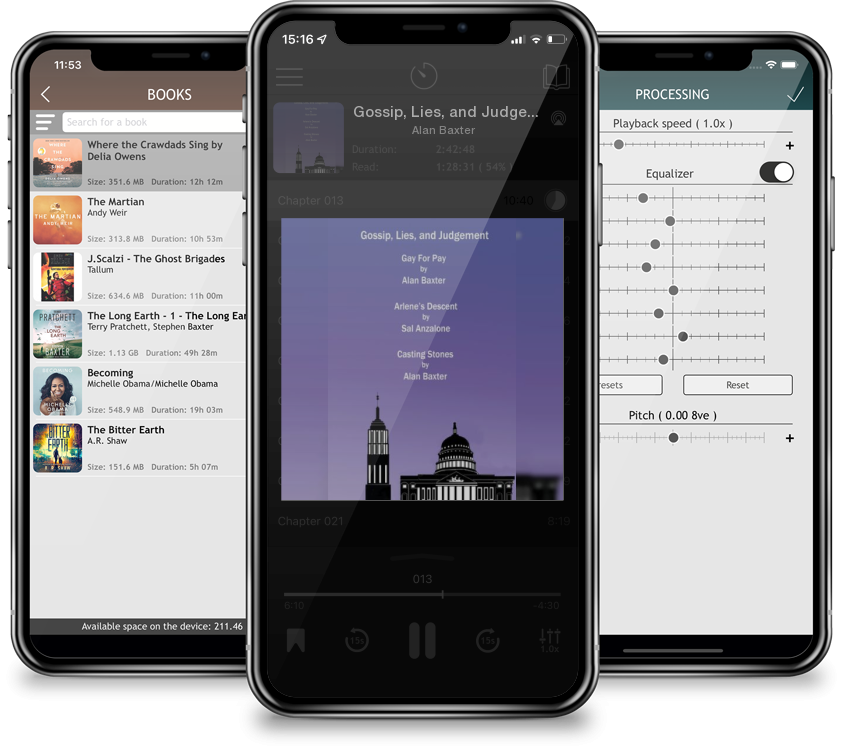 Gay For Pay, Arlene's Descent and Casting Stones are contentious plays. In our daily lives, most of us go out of our way to avoid explosive, crass and bigoted people. But in these plays, such characters are fascinating to watch. In one play, A San Francisco father, Justin Scott, finds out that his 19-year old son has probably run away from home, only to find out that he has become lost in the pornographic world of Montreal, Canada. When Scott arrives in the Quebecois city, he has an encounter with a film producer, Jack Hemmings, whom he had a strange relationship within his California high school. In the other, Arlene Price never recovered from her Best Actress Oscar defeat twenty years ago. Determined to be celebrated and remembered by the Academy and her fans alike, Arlene begs her friend Jeff to write another script. Yet such a request has devastating results. In the last play, The Reverend Paul Keebler, a minister of a progressive Christian Church in 1968 in Washington, D.C., is caught in a tight dilemma. Located in the ground zero of the riots following Martin Luther King's assassination, Paul must contend with very vociferous protestors, as well as a dysfunctional marriage in his own personal life.