Want to listen to the audiobook Green Seas over the Deck: Diary of the Voyage of the British Full-Rigged Ship William Mitchell (1,885 Net Tons) Between Melbourne, Australia, an written by Arthur H. Black?
MP3 Audiobook Player is here to help! 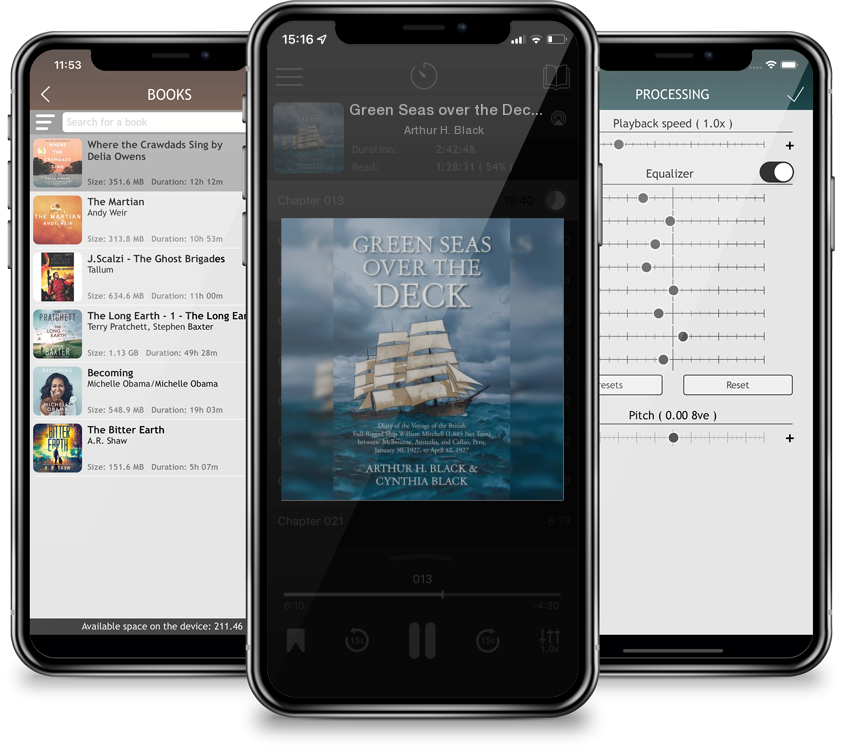 Green Seas over the Deck: Diary of the Voyage of the British Full-Rigged Ship William Mitchell (1,885 Net Tons) Between Melbourne, Australia, an

Arthur Huntington (A.H.) Black was raised in Manchester and educated at Manchester Grammar School. His father disapproved of his ambition to go to sea and found him an apprenticeship with a truly old-fashioned ship: a full-rigged sailing ship on a route from Liverpool to Australia and then to Peru and back to Britain. Black was indentured to Captain Wilkie in July of 1925 for three years and nine months to learn to be a seaman, under sail. Green Seas over the Deck recounts the extraordinary world of a cadet on a sailing ship crossing the Southern Ocean, the wildest ocean in the world, recorded in detail for his mother in this diary. Transcribed by Cynthia Black, A.H.'s daughter-in-law, this account begins in January of 1927 on a voyage that lasted fifty-nine days. It offers insight into the fascinating world on the water in the voice of a twenty-year-old man who loved the sea.