Want to listen to the audiobook Halifax and Me written by Harry Bruce?
MP3 Audiobook Player is here to help! 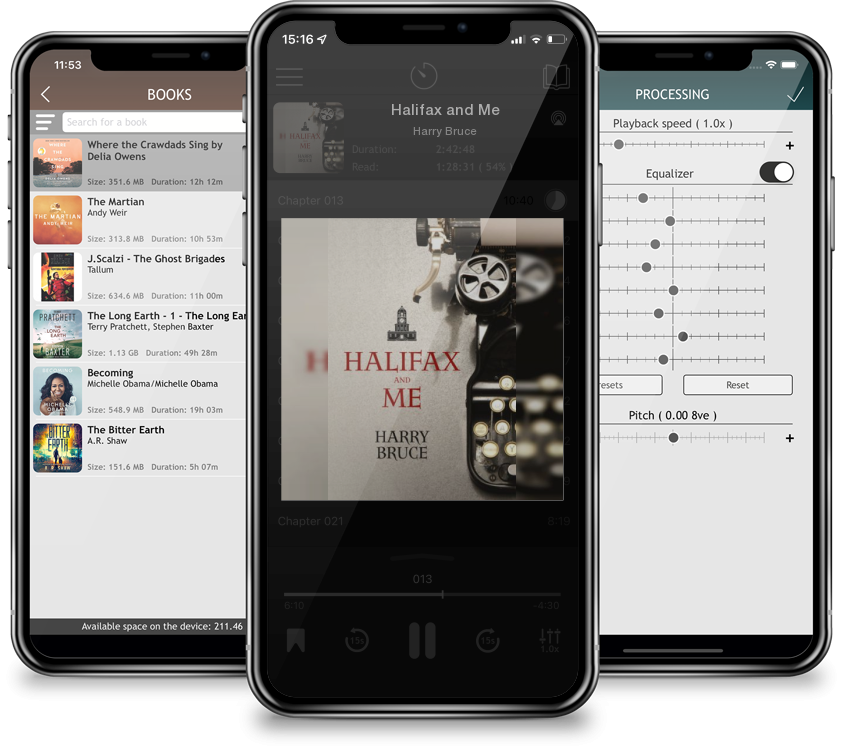 A memoir of life in Halifax from an award-winning author, and one of Canada's top non-fiction writers. In 1971, Harry Bruce, recognized as one of Canada's top non-fiction writers, lost his mind--according to his peers--when he left bustling, lucrative Toronto and moved his family to the tough little seaport of Halifax. Harry was already acquainted with Halifax; at eighteen, he lived at HMCS Stadacona as an officer-cadet in the Royal Canadian Navy. He joined the navy chiefly to lose his virginity. For what finer way could there be to serve queen and country? Though he did not achieve his goal, that summer gave him his first whiffs of the port whose magnetism he would one day find irresistible. He settled in Halifax--and he moved away. Several times, in fact, even going as far as Vancouver. Yet he kept returning to Halifax. Each time he found it had changed for the better and was a little less like the racist, boring, City of the Living Dead that comedian Cathy Jones called it forty years ago, and a little more like the lively, welcoming, cosmopolitan town he hoped it would be. For the past fifty years, Harry Bruce has been working as what The Concise Oxford Companion to Canadian Literature calls an impassioned advocate for the Maritimes and an essayist of great charm and perception. Here, writing more charmingly and perceptively than ever, he celebrates the blossoming of Halifax as A City to Dance In.