Want to listen to the audiobook Hedy's Folly: The Life and Breakthrough Inventions of Hedy Lamarr, the Most Beautiful Woman in the World written by Richard Rhodes?
MP3 Audiobook Player is here to help! 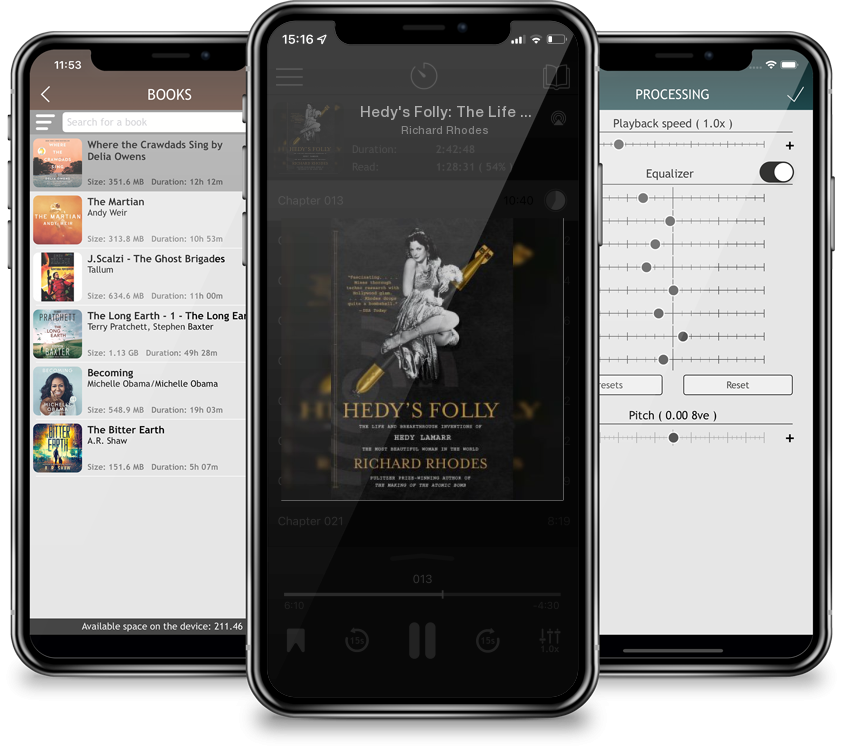 Hedy's Folly: The Life and Breakthrough Inventions of Hedy Lamarr, the Most Beautiful Woman in the World

Pulitzer Prize-winning author Richard Rhodes delivers a remarkable story of science history: how a ravishing film star and an avant-garde composer invented spread-spectrum radio, the technology that made wireless phones, GPS systems, and many other devices possible. Beginning at a Hollywood dinner table, Hedy's Folly tells a wild story of innovation that culminates in U.S. patent number 2,292,387 for a "secret communication system." Along the way Rhodes weaves together Hollywood’s golden era, the history of Vienna, 1920s Paris, weapons design, music, a tutorial on patent law and a brief treatise on transmission technology. Narrated with the rigor and charisma we've come to expect of Rhodes, it is a remarkable narrative adventure about spread-spectrum radio's genesis and unlikely amateur inventors collaborating to change the world.