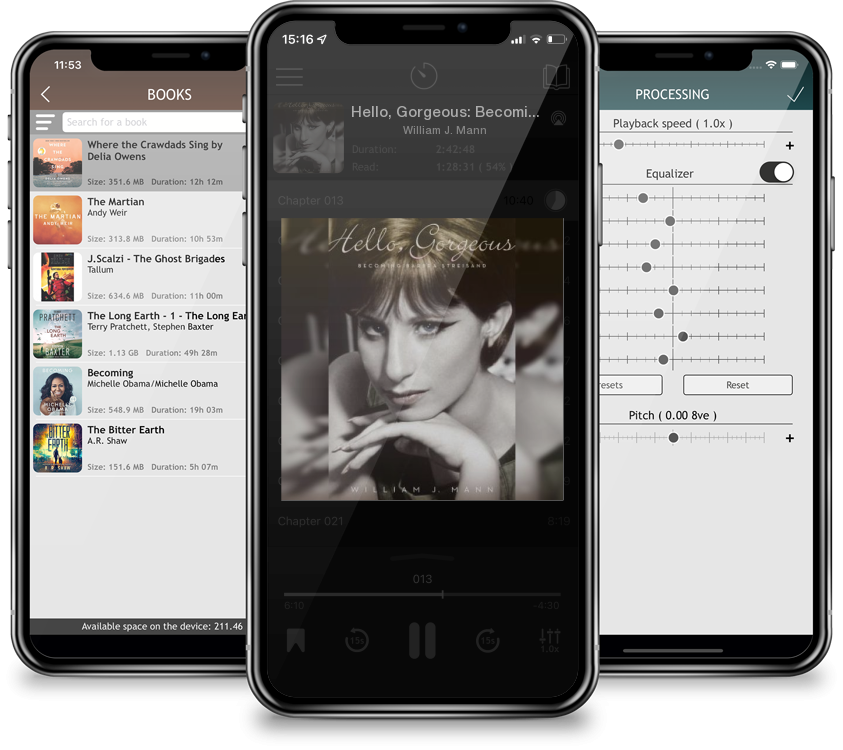 The best-selling biographer of Katharine Hepburn and Elizabeth Taylor tells the electrifying story of how Barbra Streisand transformed herself into the greatest star of her era, etching “an indelible portrait of the artist as a young woman” (Publishers Weekly). In 1960, she was a seventeen-year-old Brooklyn kid with plenty of talent but no connections and certainly no money; her mother brought her soup to make sure she stayed fed as she took acting classes and scraped out a living. Just four years later, Barbra Streisand was the top-selling female recording artist in America and the star of one of Broadway’s biggest hits. Now the acclaimed Hollywood biographer William Mann chronicles that dizzying ascent, telling the riveting behind-the-scenes story of how Streisand and her team transformed her from an unknown dreamer into a worldwide superstar. Drawing on the private papers of Jerome Robbins and Bob Fosse, and interviewing scores of the friends and lovers who knew Barbara before she became Barbra, Mann recreates the vanished world of 1960s New York City and uncovers the truth behind the myths of her formative years. He shows us how Funny Girl was slowly altered, by Fosse and Robbins among others, from a Fanny Brice bio into a star-making vehicle for Streisand; takes us into the clubs and onto the set for her early nightclub and television appearances, including her torch-handing turn with Judy Garland; and introduces the canny marketing team whose strategies made her stardom seem inevitable. The Streisand who emerges is a revelation: a young woman who, for all her tough-skinned ambition, was surprisingly vulnerable in love. Everyone who has felt outside the gate, as she once did, remembers a time when the newness and difference of Barbra Streisand changed everything and rewrote all the rules. In Hello, Gorgeous, Mann incisively illuminates the woman before she became the icon and pays tribute to one of the world’s most beloved performers.