Want to listen to the audiobook HERmione written by Hilda Doolittle?
MP3 Audiobook Player is here to help! 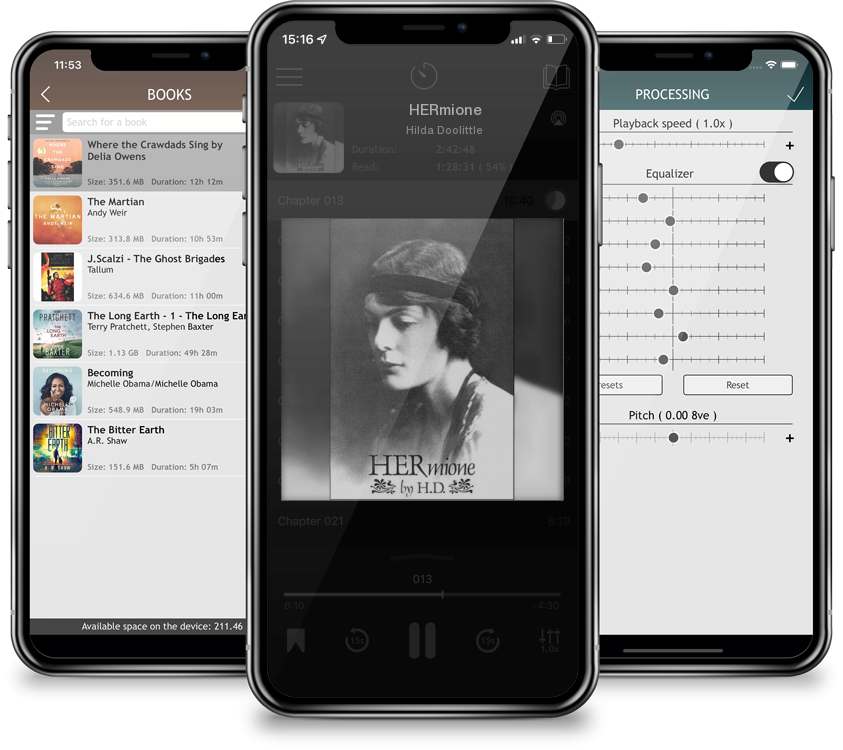 “H. D's wit, sense of rhythm, and control of language prove the inadequacy of the imagist label that is so often applied to this writer.” —Library Journal This autobiographical novel, an interior self-portrait of the poet H. D. (1886-1961) is what can best be described as a "find,' a posthumous treasure. In writing HERmione, H.D. returned to a year in her life that was "peculiarly blighted." She was in her early twenties––"a disappointment to her father, an odd duckling to her mother, an importunate, overgrown, unincarnated entity that had no place… Waves to fight against, to fight against alone…'I am Hermione Gart, a failure’––she cried in her dementia, 'l am Her, Her, Her."' She had failed at Bryn Mawr, she felt hemmed in by her family, she did not yet know what she was going to do with her life. The return from Europe of the wild-haired George Lowndes (Ezra Pound) expanded her horizons but threatened her sense of self. An intense new friendship with Fayne Rabb (Frances Josepha Gregg), an odd girl who was, if not lesbian, then certainly of bisexual bent, brought an atmosphere that made her hold on everyday reality more tenuous. This stormy course led to mental breakdown, then to a turning point and a new beginning as her own true self, as "Her”––the poet H.D. Perdita Schaffner, H.D.'s daughter, who can remember back to the time in 1927 when her mother was barricaded with her typewriter behind a locked door, working on this very novel, has provided a charming and telling introduction.