Want to listen to the audiobook High On Arrival: A Memoir written by Mackenzie Phillips?
MP3 Audiobook Player is here to help! 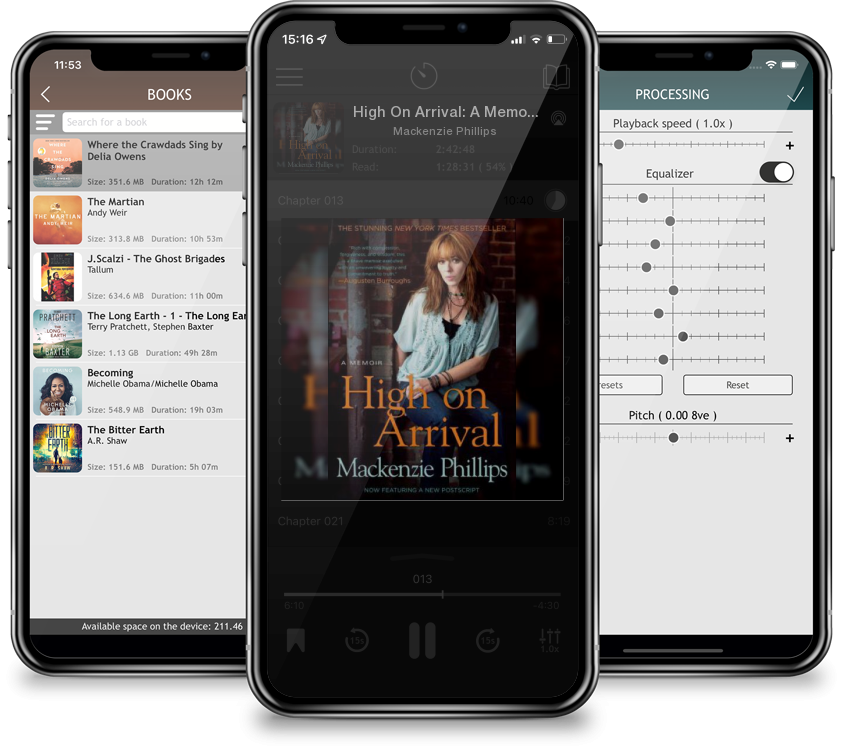 High On Arrival: A Memoir

Mackenzie Phillips shares “a raw glimpse” (Entertainment Weekly) into her lifelong battle with personal demons and near-fatal addictions—and reveals the shattering truth behind her complex, secretive, and damaging history with her father, the legendary John Phillips of The Mamas & the Papas.Not long before her fiftieth birthday, Mackenzie Phillips made headlines with her arrest for drug possession at Los Angeles International Airport; the actor-musician-mother had been on her way to a reunion of One Day at a Time, the hugely popular ’70s sitcom on which she once starred as the lovable rebel Julie Cooper. Born into rock-and-roll royalty, flying in Learjets to the Virgin Islands at five, making pot brownies with Donovan at eleven, Mackenzie grew up in an all-access kingdom of hippie freedom and heroin cool. As a rising Hollywood star herself, she joined the nonstop party in the hedonistic pleasure dome of her father’s making, and a rapt TV audience watched as Julie Cooper wasted away before their eyes. By the time Mackenzie discovered how deep and dark her father’s trip was going, it was too late. As an adult, she has paid dearly for a lifetime of excess, working tirelessly to reconcile her wonderful, terrible past and the pull of her magnetic father. By sharing her journey toward redemption and peace, the star who turned up High on Arrival has finally come back down to earth—to stay.