Want to listen to the audiobook History in English Words written by Owen Barfield?
MP3 Audiobook Player is here to help! 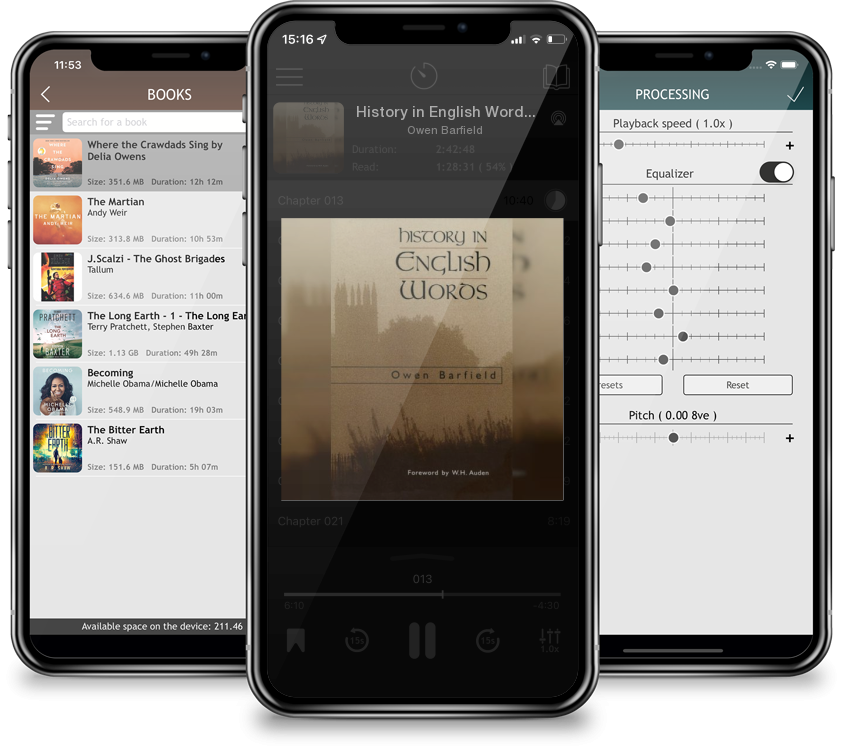 For more than three-quarters of a century, Owen Barfield produced original and thought-provoking works that made him a legendary cult figure. History in English Words is his classic excursion into history through the English language. This popular book provides a brief, brilliant history of the various peoples who have spoken the Indo-European tongues. It is illustrated throughout by current English words whose derivation from other languages, and whose history in use and changes of meaning, record and unlock the larger history. "In our language alone, not to speak of its many companions, the past history of humanity is spread out in an imperishable map, just as the history of the mineral earth lies embedded in the layers of its outer crust.... Language has preserved for us the inner, living history of our soul. It reveals the evolution of consciousness" --Owen Barfield CONTENTS: The English Nation: ∞ Philogy and the Aryans∞ The Settlement and Europe∞ England before the Reformation∞ Modern England The Western Outlook: ∞ Myth∞ Philosophy and Religion∞ Devotion∞ Experiment∞ Personality and Reason∞ Mechanism∞ Imagination AfterwordIndex