Want to listen to the audiobook Hitler: A Biography written by Ian Kershaw?
MP3 Audiobook Player is here to help! 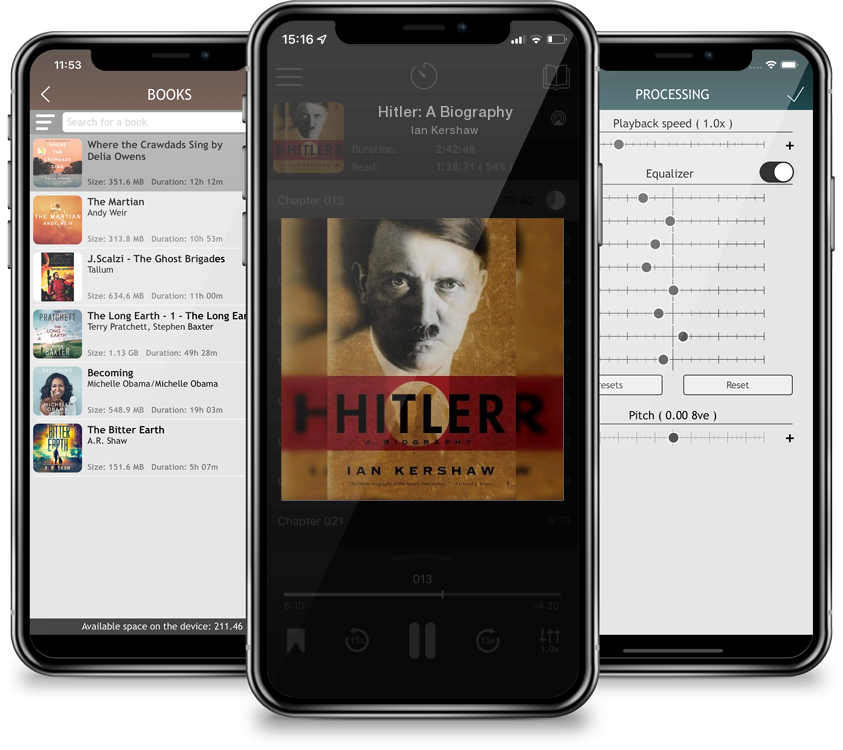 “Magisterial . . . anyone who wishes to understand the Third Reich must read Kershaw.”—Niall Ferguson “The Hitler biography of the twenty-first century” (Richard J. Evans), Ian Kershaw’s Hitler is a one-volume masterpiece that will become the standard work. From Hitler’s origins as a failed artist in fin-de-siecle Vienna to the terrifying last days in his Berlin bunker, Kershaw’s richly illustrated biography is a mesmerizing portrait of how Hitler attained, exercised, and retained power. Drawing on previously untapped sources, such as Goebbels’s diaries, Kershaw addresses the crucial questions about the unique nature of Nazi radicalism, about the Holocaust, and about the poisoned European world that allowed Hitler to operate so effectively.