Want to listen to the audiobook Hope Against Hope: A Memoir written by Nadezhda Mandelstam?
MP3 Audiobook Player is here to help! 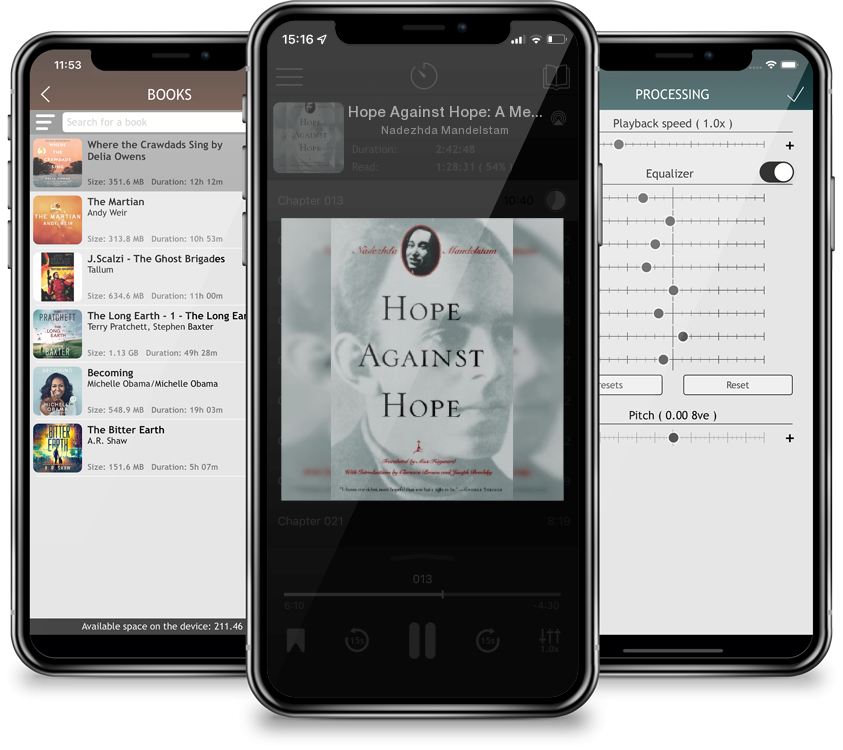 Hope Against Hope: A Memoir

The story of the poet Osip Mandelstam, who suffered continuous persecution under Stalin, but whose wife constantly supported both him and his writings until he died in 1938. Since 1917 The Modern Library prides itself as The Modern Library of the World's Best Books. Featuring introductions by leading writers, stunning translations, scholarly endnotes and reading group guides. Production values emphasize superior quality and readability. Competitive prices, coupled with exciting cover design make these an ideal gift to be cherished by the avid reader. Of the eighty-one years of her life, Nadezhda Mandelstam spent nineteen as the wife of Russia's greatest poet in this century, Osip Mandelstam, and forty-two as his widow. The rest was childhood and youth." So writes Joseph Brodsky in his appreciation of Nadezhda Mandelstam that is reprinted here as an Introduction. Hope Against Hope was first published in English in 1970. It is Nadezhda Mandelstam's memoir of her life with Osip, who was first arrested in 1934 and died in Stalin's Great Purge of 1937-38. Hope Against Hope is a vital eyewitness account of Stalin's Soviet Union and one of the greatest testaments to the value of literature and imaginative freedom ever written. But it is also a profound inspiration--a love story that relates the daily struggle to keep both love and art alive in the most desperate circumstances.