Want to listen to the audiobook I, Goldstein: My Screwed Life written by Al Goldstein?
MP3 Audiobook Player is here to help! 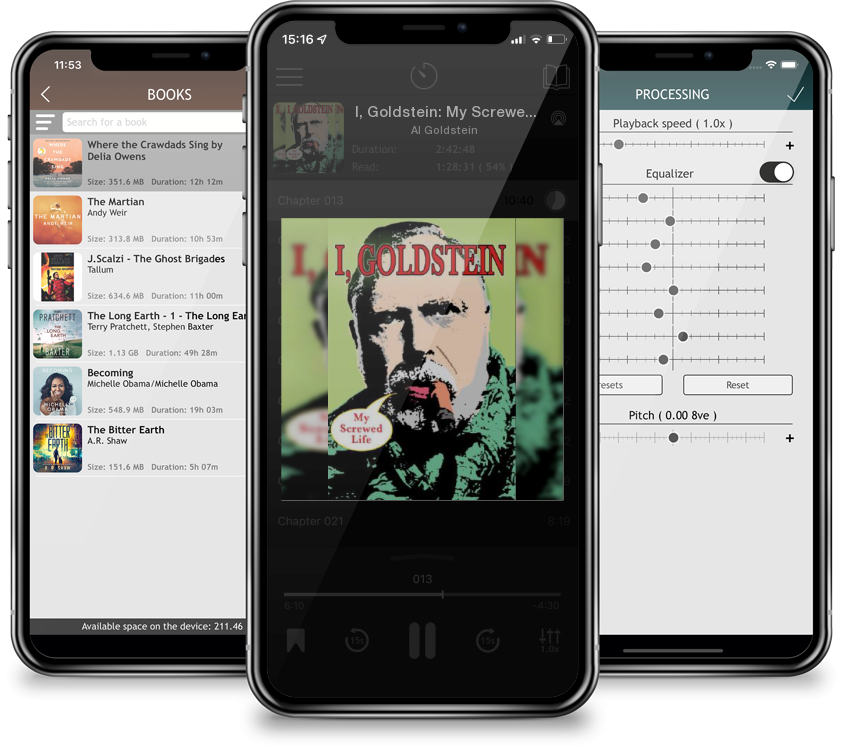 I, Goldstein: My Screwed Life

The key distinction between Al Goldstein and Hugh Hefner is that the last thing on earth Al would be caught doing is taking himself seriously. Otherwise, given the amount of trouble Al has seen, his autobiography reads more like a tragedy than the absurd, uproarious comedy it is. Like a fat tiger with nine lives, Al Goldstein constantly collides with his own mortality, yet has survived for 69 years, so far. Recently, after finally succeeding in cannibalizing his entire fortune, Goldstein toughed his way through a full year homeless on the streets of New York merely his latest accomplishment. Al's list of priors involve two dozen arrests, four ex-wives, Mafia hit contracts, thousands of death threats, innumerable medical procedures, and constant legal attack throughout his 34 years publishing Screw. Al's blood enemies include politicians, D.A.'s, CEO's and religious officials. When Goldstein was acquitted on pornography charges in Wichita, Kansas, in 1978, he flew the entire jury to New York to celebrate at Plato's Retreat, and took them all out to dinner on the anniversary of his acquittal. This landmark victory thereafter insured the right of Americans to view buck-ass naked sex with or without redeeming social value.