Want to listen to the audiobook I Thought He Was Dead: A Spiritual Memoir written by Ralph Benmergui?
MP3 Audiobook Player is here to help! 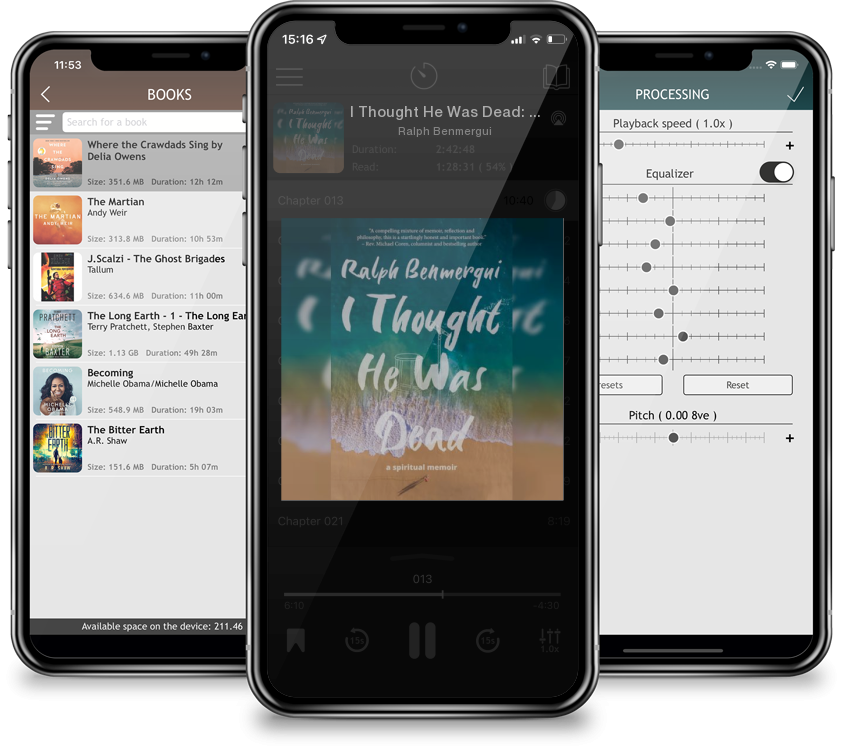 I Thought He Was Dead: A Spiritual Memoir

When Ralph Benmergui discovered he was literally hours away from a deadly heart attack he realized his life had changed. He was entering the autumn of his life, as he saw it, and he was being dragged into it by his heels. What follows this awakening is a funny, profound, and generous look at where he came from—from his childhood as the youngest son of Moroccan immigrants, to his experiences during the early years of Yuk Yuk's, to his long and storied career at CBC, and much more—to where he is now, with stents in his arteries, having survived two bouts of cancer, hosting a much-loved podcast, and with a practice in Hashpa'ah: Jewish Spiritual Direction. Along the way Benmergui looks critically at what it means to grow old in our society and challenges the reader to push against the stereotypes, to find a new purpose, and to claim the title and role of elder in a society that demands we strive to stay "forever young."