Want to listen to the audiobook Ian Fleming written by Andrew Lycett?
MP3 Audiobook Player is here to help! 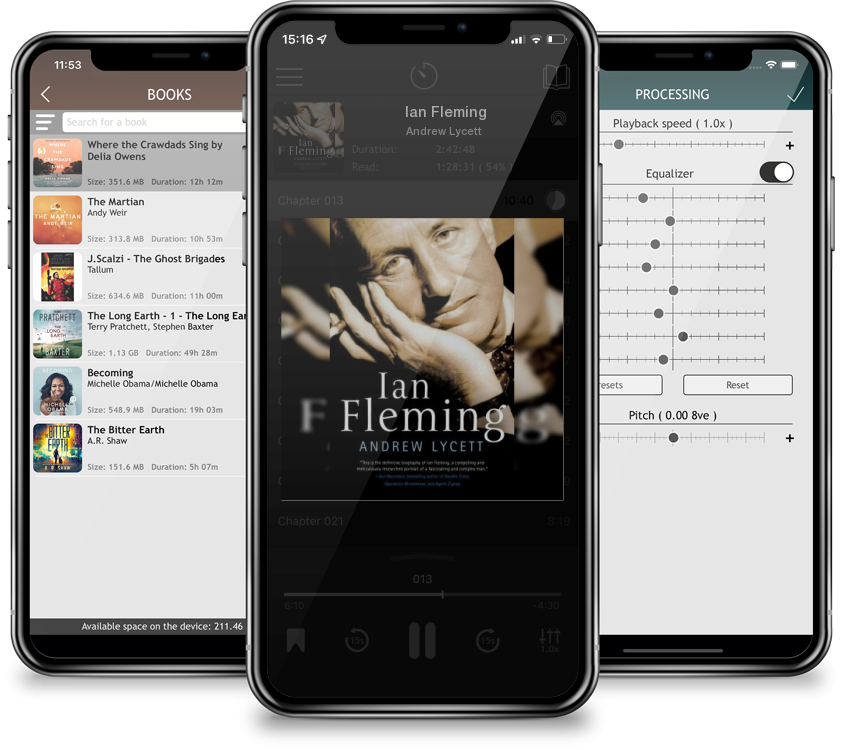 We all know who James Bond is, but how many of us know much about his creator, Ian Fleming, a master of espionage and thrillers? In this full-length biography, author Andrew Lycett tells the story of Ian Fleming's life proving that it was just as dramatic as that of his fictional creation. Educated at Eaton and Sandhurst, he joined Naval Intelligence in 1939 participating in both Operation Mincemeat and Operation Golden Eye. After the war, he became a journalist and, in 1953, wrote Casino Royale thereby introducing the world to an English spy named James Bond. Set in London, Switzerland and Fleming's Jamaican estate Goldeneye, his life was peopled with luminaries like Noel Coward, Sean Connery, Ursula Andress, Bond film producer "Cubby" Broccoli and others. With direct access to Fleming's family and friends, Lycett goes behind the complicated façade of this enigmatic and remarkable man. Ian Fleming by Andrew Lycett is biography at its best—a glittering portrait of the brilliant and enigmatic man who created Agent 007.