Want to listen to the audiobook Iced In: Ten Days Trapped on the Edge of Antarctica written by Chris Turney?
MP3 Audiobook Player is here to help! 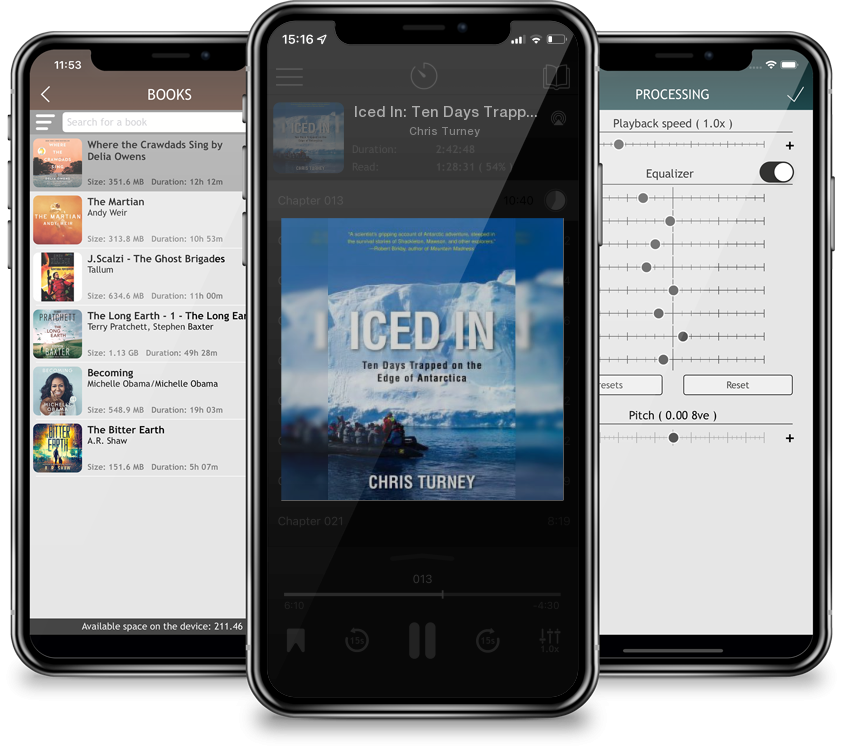 Iced In: Ten Days Trapped on the Edge of Antarctica

“The Antarctic Factor: if anything can go wrong, it will. It's basically Murphy's Law on steroids.” —Chris Turney   On Christmas Eve 2013, off the coast of East Antarctica, an abrupt weather change trapped the Shokalskiy—the ship carrying earth scientist Chris Turney and seventy-one others involved in the Australasian Antarctic Expedition—in densely packed sea ice, 1400 miles from civilization. The forecast offered no relief—a blizzard was headed their way.   As Turney chronicles his ordeal, he revisits the harrowing Antarctic expedition of famed polar explorer Ernest Shackleton on his ship, Endurance, as well as the legendary explorations of Douglas Mawson. But for Turney, the stakes were even higher: he had his wife and children with him.   Turney was connected to the outside world through Twitter, YouTube, and Skype. Within hours, the team became the focus of a media storm, and an international rescue effort was launched to reach the stranded ship. But could help arrive in time to avert a tragedy?   A taut 21st-century survival story, Iced In is also an homage to all scientific explorers who embody the human spirit of adventure, joy in discovery, and will to live.   “Traveling in the footsteps of the great explorers Ernest Shackleton and Douglas Mawson, Turney draws on records from their journeys, making comparisons versus his own struggle in this enjoyable armchair adventure.”—Booklist   “A classic adventure tale of a fight for survival. Turney’s account brings a chill to the spine.”—Herald Sun, Melbourne   “Exciting and compelling reading.” —Good ReadingWith a New Epilogue by the Author