Want to listen to the audiobook Idea Man: A Memoir by the Cofounder of Microsoft written by Paul Allen?
MP3 Audiobook Player is here to help! 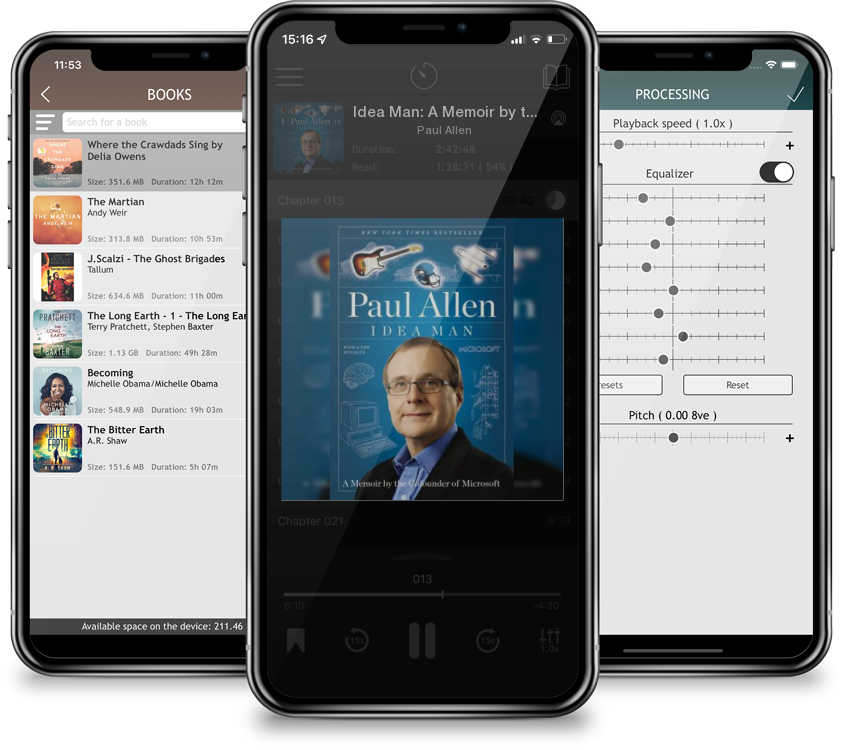 Idea Man: A Memoir by the Cofounder of Microsoft

By his early thirties, Paul Allen was a world-famous billionaire-and that was just the beginning. In 2007 and 2008, Time named Paul Allen, the cofounder of Microsoft, one of the hundred most influential people in the world. Since he made his fortune, his impact has been felt in science, technology, business, medicine, sports, music, and philanthropy. His passion, curiosity, and intellectual rigor-combined with the resources to launch and support new initiatives-have literally changed the world. In 2009 Allen discovered that he had lymphoma, lending urgency to his desire to share his story for the first time. In this classic memoir, Allen explains how he solved problems, what he learned from his many endeavors-both the triumphs and the failures-and his compelling vision for the future. He reflects candidly on an extraordinary life. The book also features previously untold stories about everything from the true origins of Microsoft to Allen's role in the dawn of private space travel (with SpaceShipOne) and in discoveries at the frontiers of brain science. With honesty, humor, and insight, Allen tells the story of a life of ideas made real.