Want to listen to the audiobook Improvisation at the Speed of Life: The TJ and Dave Book written by T.J. Jagodowski?
MP3 Audiobook Player is here to help! 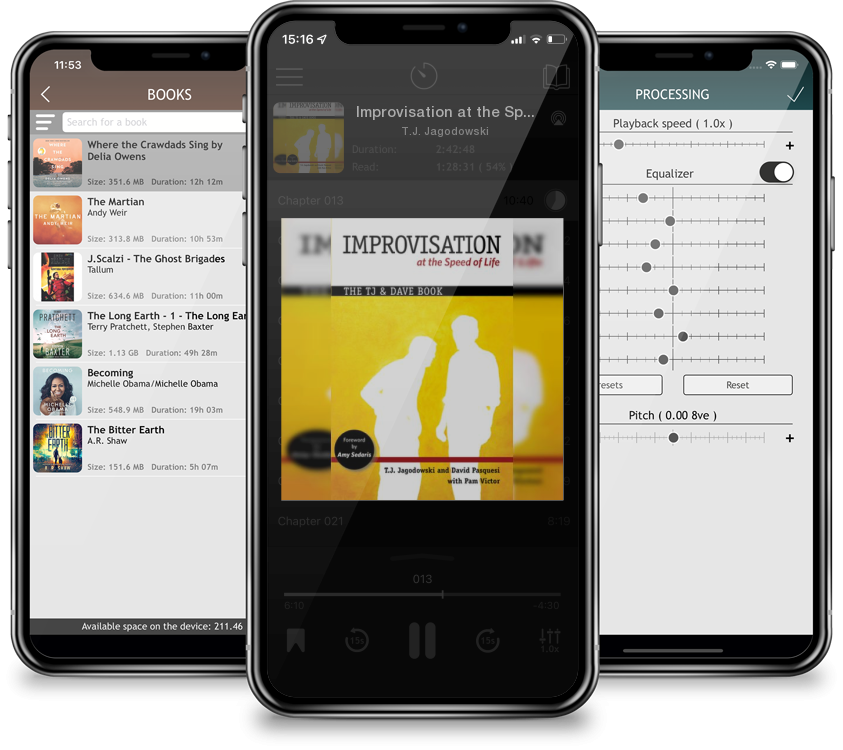 Improvisation at the Speed of Life: The TJ and Dave Book

T.J. and David are internationally known, award-winning, master improvisers from Chicago's legendary scene. This in-depth look at the techniques, principles, theory and ideas behind what they do is both authoritative and entertaining. Since their early years playing the iO (formerly Improv Olympic) and the Second City mainstage theater (where David won a Joseph Jefferson award for best actor in a revue), TJ and Dave have been performing for over fifty years combined - fifteen as a team. David worked with improvisation guru Del Close, in development of the The Harold, the preeminent longform theatrical structure, and both are multi-award winning actors.Steven Colbert says, "One of these guys is the best improviser in the world. And the other one is better."Other endorsements: The New York Times says they are "the premier improv duo working today," while Time Out New York wrote of their long-running TJ and Dave show: "BRILLIANT, HEARTBREAKING, MIND-BLOWING, INSPIRING! The best 50 minutes of improv comedy we've ever seen ....DRINK THEIR KOOL-AID."