Want to listen to the audiobook In Black and White: The Life of Sammy Davis, Jr. written by Wil Haygood?
MP3 Audiobook Player is here to help! 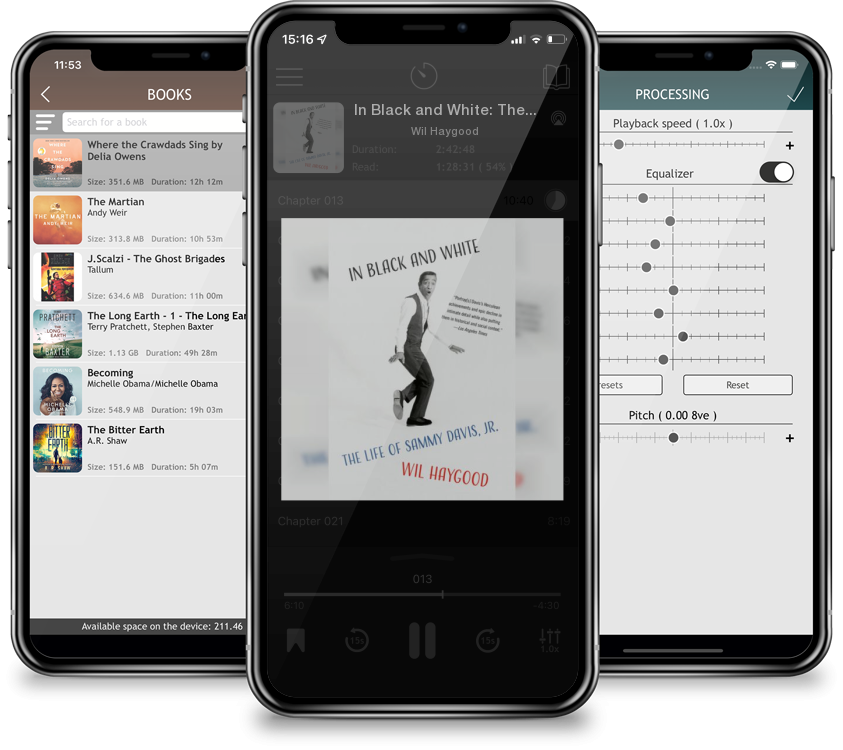 In Black and White: The Life of Sammy Davis, Jr.

For decades one of America’s most recognizable stars, the real Sammy Davis, Jr. has long remained hidden behind the persona the performer so vigorously generated—and so fiercely protected. In Black and White vividly recounts this untold story, drawing on painstaking research and more than two hundred and fifty interviews to trace Davis, Jr.’s journey from the vaudeville stage to Broadway, Hollywood, and, of course, Las Vegas. Here Wil Haygood brings Davis’s life into full relief against the backdrop of an America in the throes of racial change. He made his living entertaining white people but was often denied service in the very venues he played, and in his broad and varied friendships—not to mention his romances—Davis crossed racial lines in ways few others had. Both an incisive biography and a sweeping cultural history, In Black and White is an important record of a vanished America—and of one of its greatest entertainers.