Want to listen to the audiobook Include Me Out: My Life from Goldwyn to Broadway written by Farley Granger?
MP3 Audiobook Player is here to help! 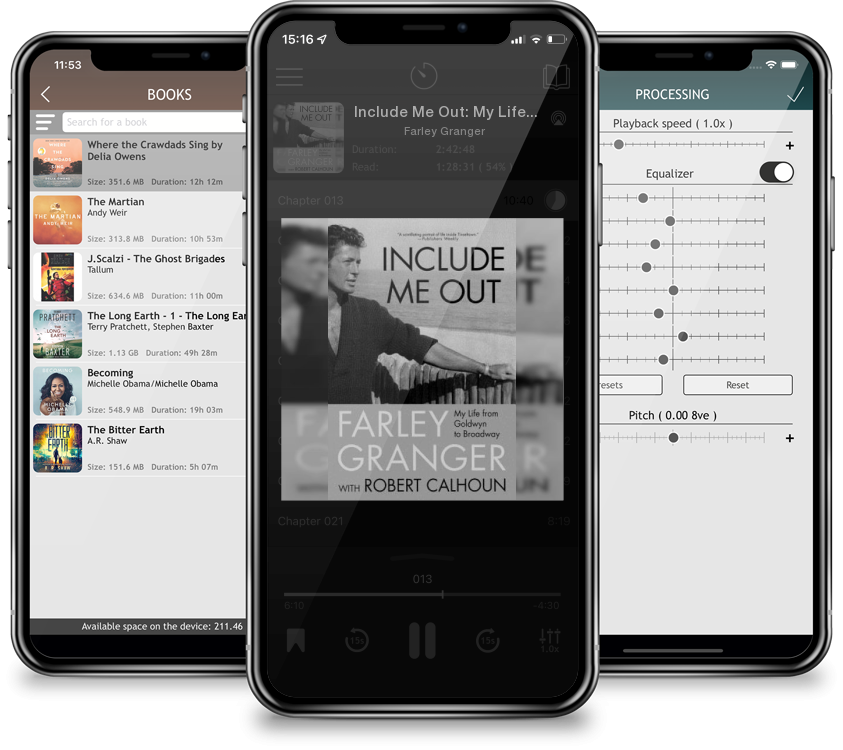 Include Me Out: My Life from Goldwyn to Broadway

Synonymous with the golden age of Broadway, the dazzling lights of Hollywood, and the rise of television arts, Farley Granger's charm and talent captivated the acting community and audiences alike. Working with creative visionaries like Alfred Hitchcock, Luchino Visconti, and Nick Ray, Granger was a celebrated figure in films like Strangers on a Train, Rope, Senso, and They Live by Night, bringing to the big screen a stunningly memorable presence. But behind his characters, he was an intensely complex man. In his richly told memoir, Granger details his life with disarming candor. Rich in personal insight, he describes his relationships with both men and women and reminisces about screen legends he knew with private familiarity—from Shelley Winters to Joan Crawford to Leonard Bernstein. Recreating not only his personal struggles but his legendary struggle to free himself of his contract with Sam Goldwyn, Granger reveals none so elegantly as he does himself. Include Me Out is as much a story of classic Hollywood glamour as it is a collection of iconic theatrical portraits, all from the man who knew them all.