Want to listen to the audiobook Incognito Street: How Travel Made Me a Writer written by Barbara Sjoholm?
MP3 Audiobook Player is here to help! 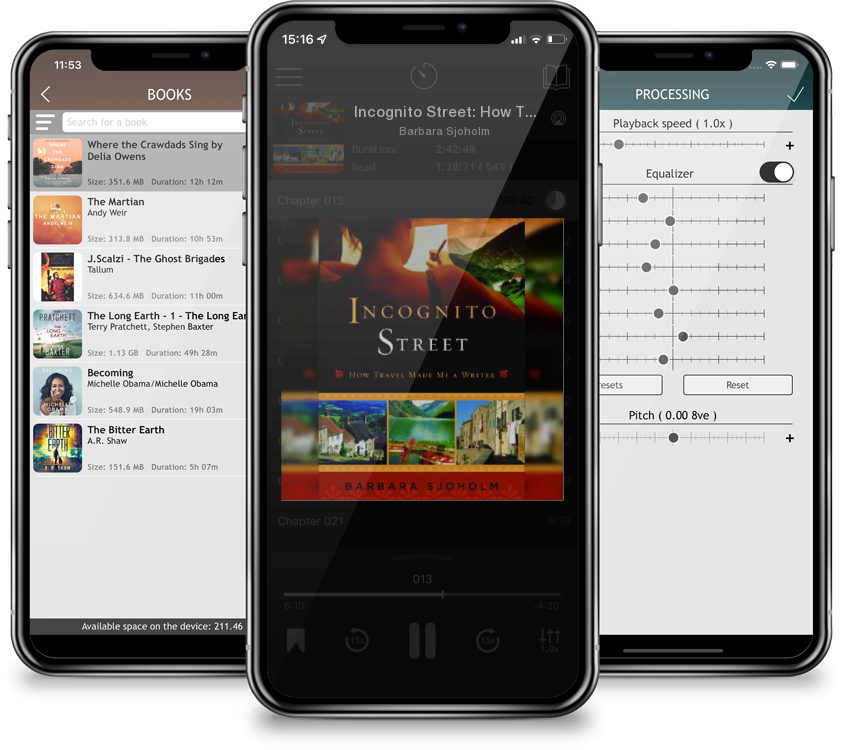 Incognito Street: How Travel Made Me a Writer

Barbara Sjoholm arrived in London in the winter of 1970 at the age of twenty. Like countless young Americans in that tumultuous time, she wanted to leave a country at war and explore Europe; a small inheritance from her grandmother gave her the opportunity. Over the next three years, she lived in Barcelona, hitchhiked around Spain, and studied at the University of Granada. She managed a sourvenir shop in the Norwegian mountains and worked as a dishwasher on the Norwegian Coastal Steamer. Set on becoming a writer, she read everything from Colette to Dickens to Borges, changing her style and her subject every few weeks, and gradually found her voice. Incognito Street is the story of a young woman's search for artistic, political, and sexual identity while digesting the changing world around her. As she sheds the ghosts of her childhood, we come to know her quiet yet adventurous spirit. In moments that are tender, funny, bewildering, and suspenseful, we see an evocative look at Europe through the blossoming writer’s maturing eyes.