Want to listen to the audiobook Into the Tunnel: The Brief Life of Marion Samuel, 1931-1943 written by Götz Aly?
MP3 Audiobook Player is here to help! 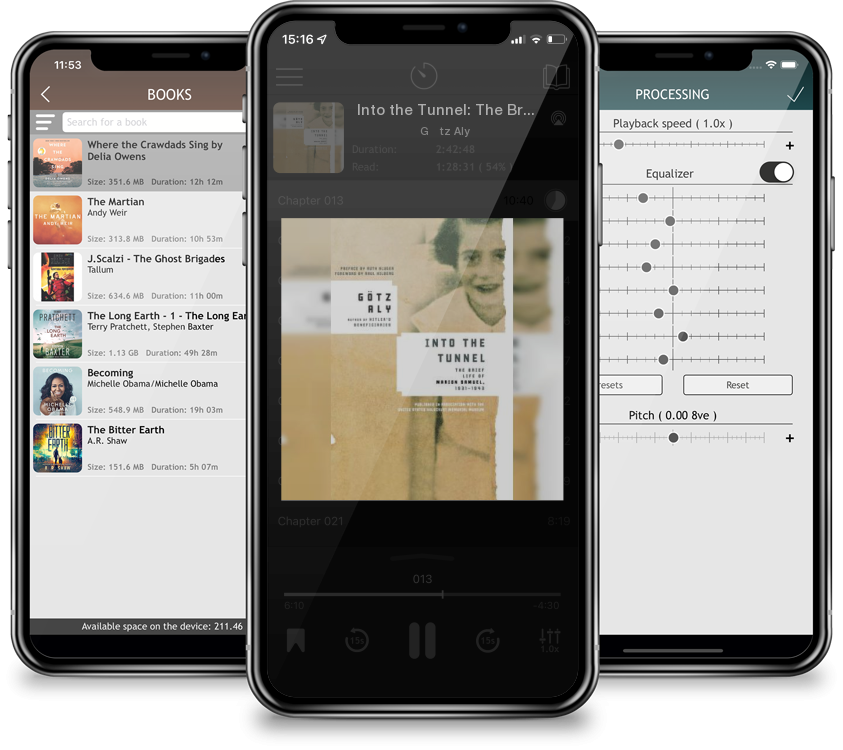 A generous feat of biographical sleuthing by an acclaimed historian rescues one child victim of the Holocaust from oblivionWhen the German Remembrance Foundation established a prize to commemorate the million Jewish children murdered during the Holocaust, it was deliberately named after a victim about whom nothing was known except her age and the date of her deportation: Marion Samuel, an eleven-year-old girl killed in Auschwitz in 1943. Sixty years after her death, when Götz Aly received the award, he was moved to find out whatever he could about Marion's short life and restore this child to history.In what is as much a detective story as a historical reconstruction, Aly, praised for his "formidable research skills" (Christopher Browning), traces the Samuel family's agonizing decline from shop owners to forced laborers to deportees. Against all odds, Aly manages to recover expropriation records, family photographs, and even a trace of Marion's voice in the premonition she confided to a school friend: "People disappear," she said, "into the tunnel."A gripping account of a family caught in the tightening grip of persecution, Into the Tunnel is a powerful reminder that the millions of Nazi victims were also, each one, an individual life.