Want to listen to the audiobook Irena's Children: The Extraordinary Story of the Woman Who Saved 2,500 Children from the Warsaw Ghetto written by Tilar J. Mazzeo?
MP3 Audiobook Player is here to help! 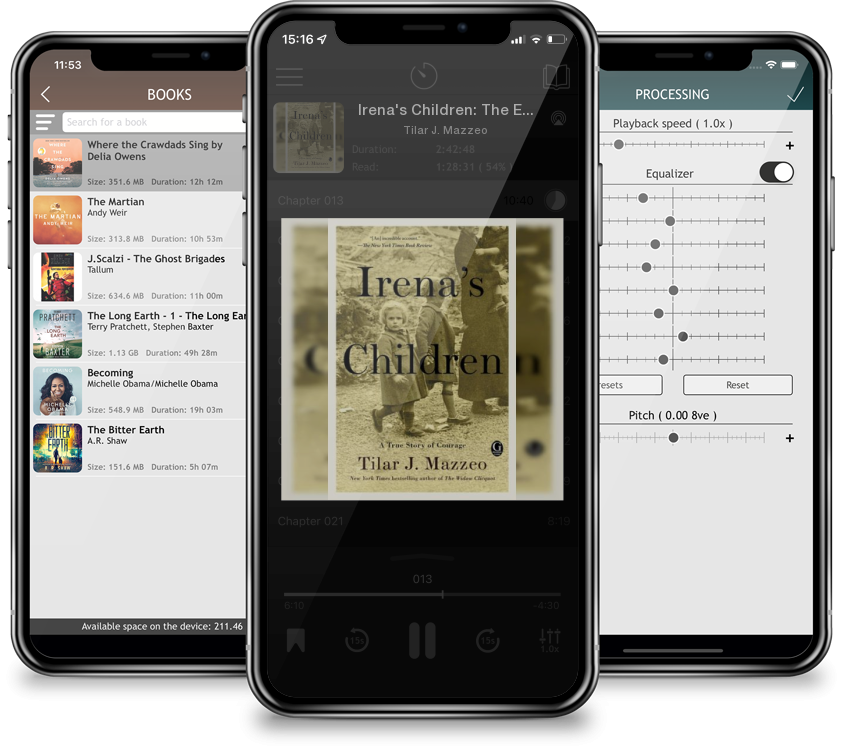 Irena's Children: The Extraordinary Story of the Woman Who Saved 2,500 Children from the Warsaw Ghetto

From the New York Times bestselling author of The Widow Clicquot comes an extraordinary and gripping account of Irena Sendler—the “female Oskar Schindler”—who took staggering risks to save 2,500 children from death and deportation in Nazi-occupied Poland during World War II.In 1942, one young social worker, Irena Sendler, was granted access to the Warsaw ghetto as a public health specialist. While she was there, she began to understand the fate that awaited the Jewish families who were unable to leave. Soon she reached out to the trapped families, going from door to door and asking them to trust her with their young children. Driven to extreme measures and with the help of a network of local tradesmen, ghetto residents, and her star-crossed lover in the Jewish resistance, Irena ultimately smuggled thousands of children past the Nazis. She made dangerous trips through the city’s sewers, hid children in coffins, snuck them under overcoats at checkpoints, and slipped them through secret passages in abandoned buildings. But Irena did something even more astonishing at immense personal risk: she kept a secret list buried in bottles under an old apple tree in a friend’s back garden. On it were the names and true identities of these Jewish children, recorded so their families could find them after the war. She could not know that more than ninety percent of their families would perish. Irena’s Children, “a fascinating narrative of…the extraordinary moral and physical courage of those who chose to fight inhumanity with compassion” (Chaya Deitsch author of Here and There: Leaving Hasidism, Keeping My Family), is a truly heroic tale of survival, resilience, and redemption.