Want to listen to the audiobook Iwao Takamoto: My Life with a Thousand Characters written by Iwao Takamoto?
MP3 Audiobook Player is here to help! 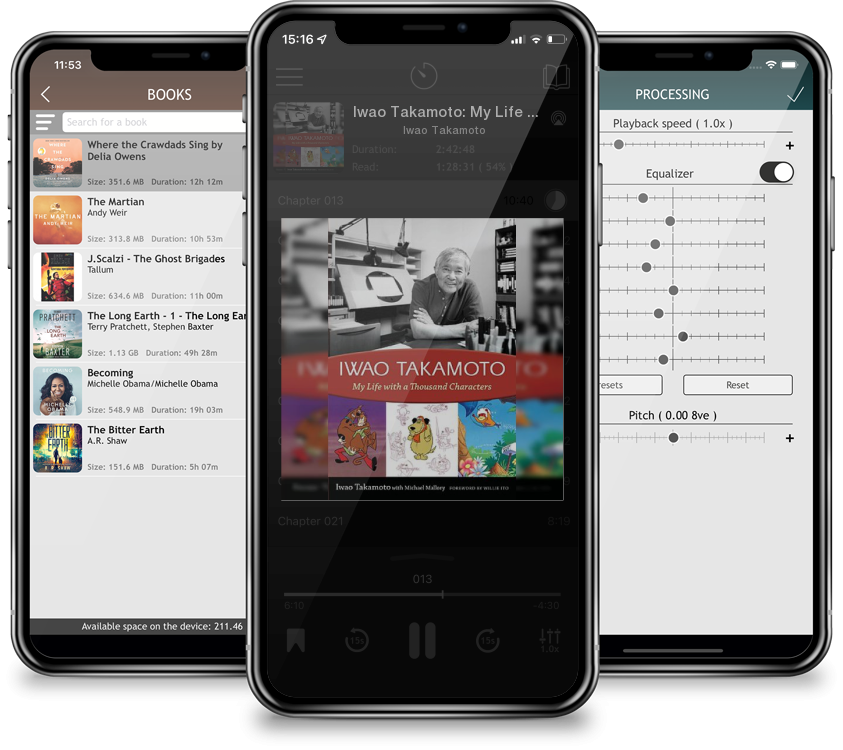 Iwao Takamoto: My Life with a Thousand Characters

Iwao Takamoto (1925-2007) spent a lifetime in the animation industry and was influential in the creation of some of the most beloved characters in the medium's history, including Scooby-Doo, Atom Ant, The Jetsons's Astro, The Flintstones's Great Gazoo, and The Wacky Races's Penelope Pittstop and Muttley, all of whom he designed. Iwao Takamoto: My Life with a Thousand Characters is the story of this legendary American artist, told in his own words. Takamoto records his experiences growing up in the heart of Los Angeles as a self-described "street kid" and his wartime ordeal of being sent to a government internment camp for Japanese Americans. He recalls stories of how he and his teenaged friends still managed to function as normal teens despite the confinement of Manzanar. The book chronicles his career, first with the Walt Disney Studios, where he worked directly with the famous "Nine Old Men," and later for Hanna-Barbera, where he was a key artistic force. Packed with memorable stories of working in the trenches of two of Hollywood's most notable animation studios and filled with photographs and artwork, much of which has never before been published, this book is essential for any fan of animation and twentieth-century popular culture.