Want to listen to the audiobook Jack: A Life of C. S. Lewis written by George Sayer?
MP3 Audiobook Player is here to help! 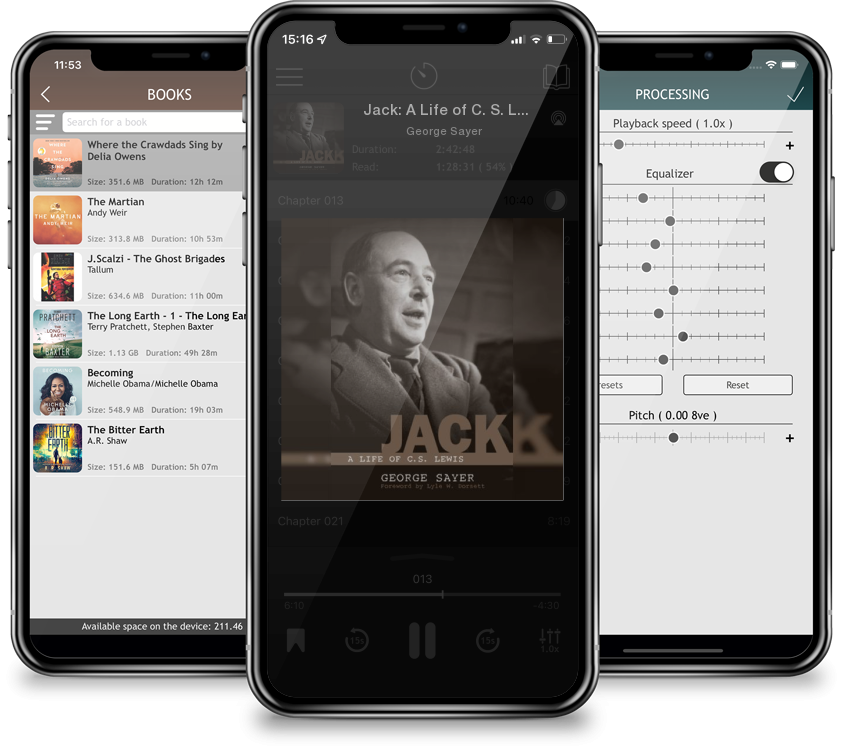 As I walked away from New Buildings, I found the man that Lewis had called Tollers sitting on one of the stone steps in front of the arcade. How did you get on? he asked. I think rather well. I think he will be a most interesting tutor to have. Interesting? Yes, he's certainly that, said the man, who I later learned was J. R. R. Tolkien. You'll never get to the bottom of him. Over the next twenty-nine years, author George Sayer's first impression about C. S. Lewis proved true. He was interesting; but he was more than just that. He was a devout Christian, gifted literary scholar, best-selling author, and brilliant apologist. Sayer draws from a variety of sources, including his close friendship with Lewis and the million-word diary of Lewis's brother, to paint a portrait of the man whose friends knew him as Jack. Offering glimpses into Lewis's extraordinary relationships and experiences, Jack details the great scholar's life at the Kilns; days at Magdalen College; meetings with the Inklings; marriage to Joy Davidman Gresham; and the creative process that produced such world-famous works as the classic Chronicles of Narnia, Mere Christianity, and The Screwtape Letters. This book is an intimate account of the man who helped--and through his works, continues to help--generations hear and understand the heart of Christianity.