Want to listen to the audiobook Jack Kerouac: A Biography written by Tom Clark?
MP3 Audiobook Player is here to help! 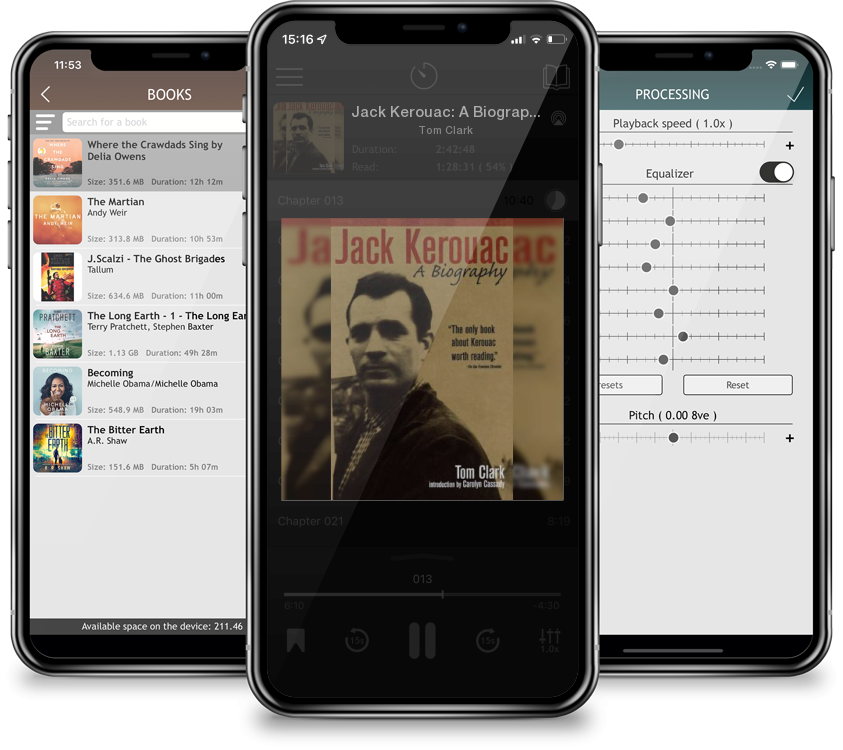 All the components of the Jack Kerouac legend are here: the excesses of alcohol and drugs; the soul searching; the characters -- Neal Cassady and Allen Ginsberg, Gregory Corso and Lucien Carr, John Clellon Holmes and William Burroughs, Jack's mother, Gabrielle, and the other women in Kerouac's life. There is also a record of the travels that became the basis for On the Road and Visions of Cody, the death-shrouded childhood that became Mexico City Blues and Tristessa, and the stupor of fame that weighed on him as he tried to articulate his torments in Big Sur. This edition is newly revised with a new introduction by the author.