Want to listen to the audiobook James Garner and Julie Andrews! written by M. Rennie?
MP3 Audiobook Player is here to help! 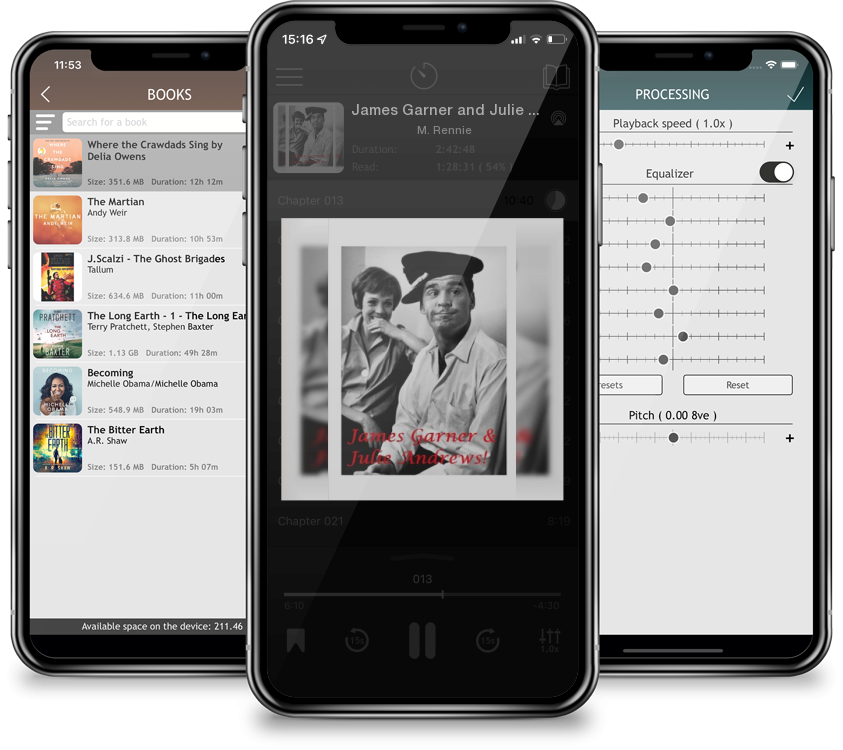 Dame Julie Andrews, DBE, born Julia Elizabeth Wells on 1st October 1935, Walton-on-Thames, Surrey, England, UK is an actress, singer and author. Andrews, a child actress and singer, appeared in the West End in 1948 then made her Broadway debut in The Boy Friend (1954). Billed as 'Britain's youngest prima donna', she rose to fame starring in Broadway musicals including My Fair Lady (1956) playing Eliza Doolittle, and Camelot (1960) playing Queen Guinevere.