Want to listen to the audiobook Jamigrant: The Story of A Jamaican Immigrant: Experiences through Immigration, the Justice System, and Teaching written by Marie Bell-Mack?
MP3 Audiobook Player is here to help! 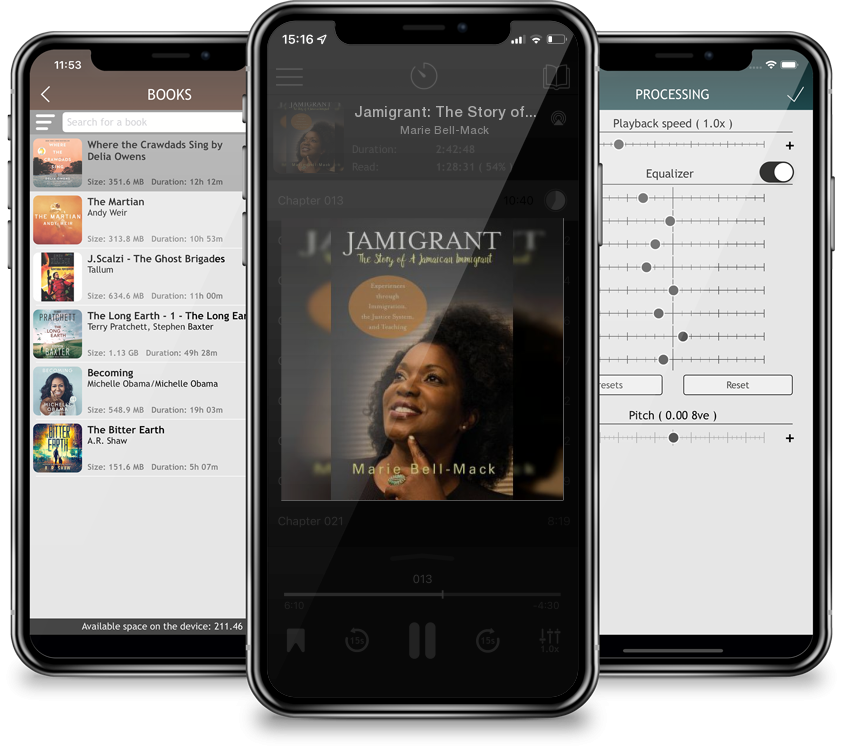 Jamigrant: The Story of A Jamaican Immigrant: Experiences through Immigration, the Justice System, and Teaching

In her reflective, personal tale, Marie Bell-Mack examines what she learned over the years about how we define success and happiness. She emigrated from Jamaica in search of better opportunities, but soon she spotted hidden cracks in the so-called American dream. She arrived in America in the late 1980s, prepared to work hard and willing to do anything to be successful. But in pursuing a new life, there are always trade-offs. It was surprising that a nation so much larger and with so much opportunity could feel so cramped-each person's life occurring in a space the size of a New York City cubicle. Bell-Mack chose a career in law enforcement and became a police officer, then a detective, for the City of Mt. Vernon. For years she was privy to the disheartening deficiencies of the criminal justice system. Caught up within it, she relates what she learned about ongoing issues regarding failing leadership, working with other government systems, and the handling of mental illness. After retirement, she became a passionate teacher with the goal of better preparing students to undertake criminal justice reform. Her compelling perspective sheds light on recent events and what we must change for the future.