Want to listen to the audiobook Jason Molina: Riding with the Ghost written by Erin Osmon?
MP3 Audiobook Player is here to help! 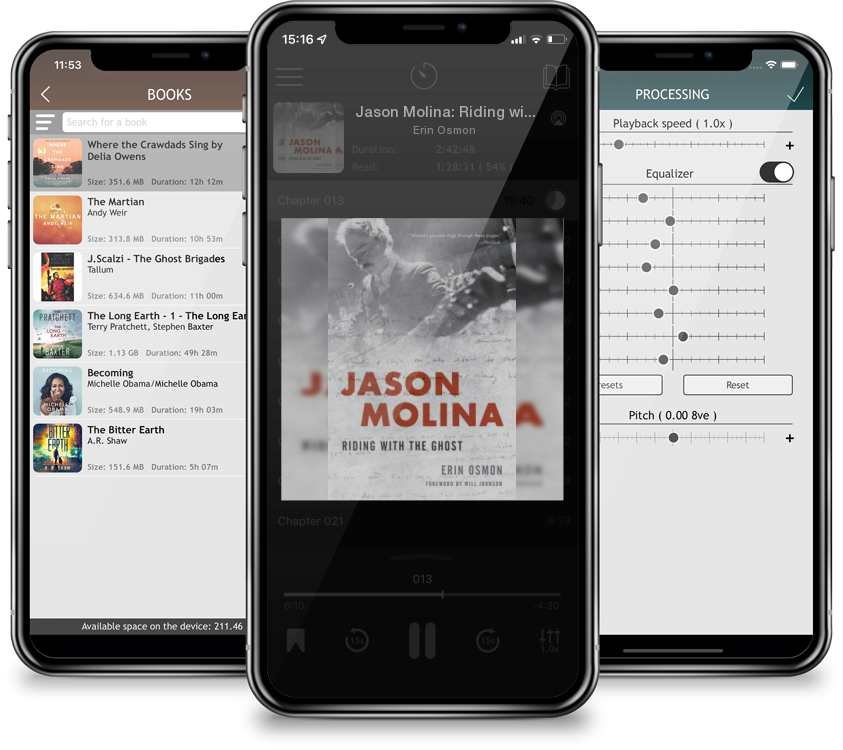 Jason Molina: Riding with the Ghost

Erin Osmon presents a detailed, human account of the Rust Belt-born musician Jason Molina-a visionary, prolific, and at times cantankerous singer-songwriter with an autodidactic style that captivated his devoted fans. The songwriting giant behind the bands Songs: Ohia and Magnolia Electric Co. had a knack for spinning tales, from the many personal myths he cultivated throughout his life to the poems and ballads he penned and performed. As with too many great musicians, Molina's complicated relationship with the truth, combined with a secretive relationship with the bottle, ultimately claimed his life. With a new foreword from singer-songwriter Will Johnson, Jason Molina: Riding with the Ghost details Molina's personal trials and triumphs and reveals for the first time the true story of Molina's last months and works, including an unpublished album unknown to many of his fans. Offering unfettered access to the mind and artistry of Molina through exclusive interviews with family, friends, and collaborators, the book also explores the Midwest music underground and the development of Bloomington, Indiana-based label Secretly Canadian. As the first authorized and detailed account of this prolific songwriter and self-mythologizer, Jason Molina provides readers with unparalleled insight into Molina's tormented life and the fascinating Midwest musical underground that birthed him. It's a story for the ages that speaks volumes to the triumphs and trials of the artistic spirit while exploring the meaningful music that Molina's creative genius left behind.