Want to listen to the audiobook Jayne Mansfield: The Girl Couldn't Help It (Screen Classics) written by Eve Golden?
MP3 Audiobook Player is here to help! 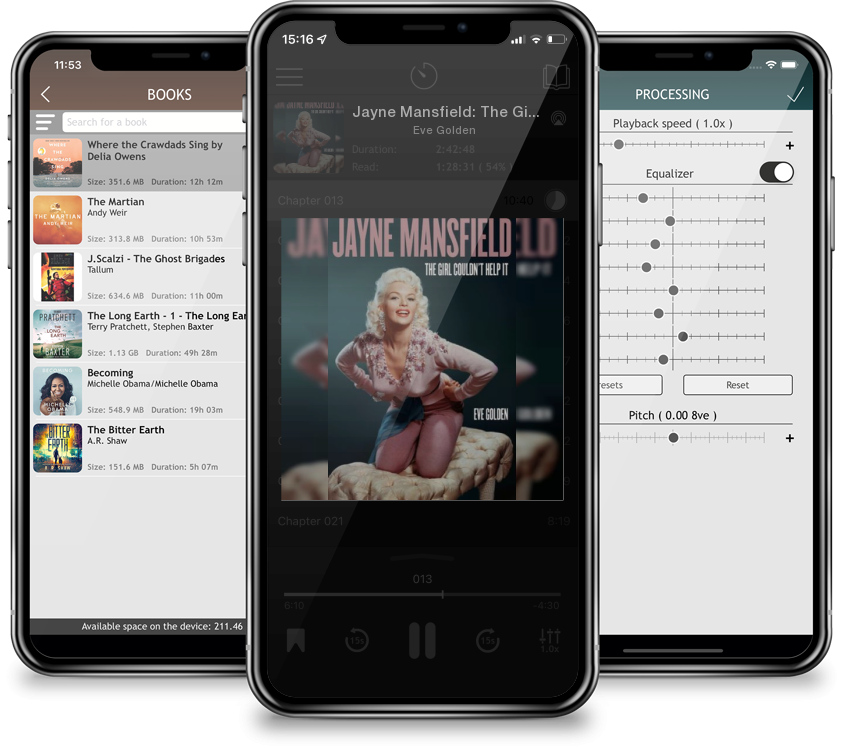 Jayne Mansfield (1933-1967) was driven not just to be an actress but to be a star. One of the most influential sex symbols of her time, she was known for her platinum blonde hair, hourglass figure, outrageously low necklines, and flamboyant lifestyle. Hardworking and ambitious, Mansfield proved early in her career that she was adept in both comic and dramatic roles, but her tenacious search for the spotlight and her risqu promotional stunts caused her to be increasingly snubbed in Hollywood.In the first definitive biography of Mansfield, Eve Golden offers a joyful account of the star Andy Warhol called "the poet of publicity," revealing the smart, determined woman behind the persona. While she always had her sights set on the silver screen, Mansfield got her start as Rita Marlowe in the Broadway show Will Success Spoil Rock Hunter?. She made her film debut in the low-budget drama Female Jungle (1955) before landing the starring role in The Girl Can't Help It (1956). Mansfield followed this success with a dramatic role in The Wayward Bus (1957), winning a Golden Globe for New Star of the Year, and starred alongside Cary Grant in Kiss Them for Me (1957). Despite her popularity, her appearance as the first celebrity in Playboy and her nude scene in Promises Promises (1963) cemented her reputation as an outsider.By the 1960s, Mansfield's film career had declined, but she remained very popular with the public. She capitalized on that popularity through in-person and TV appearances, nightclub appearances, and stage productions. Her larger-than-life life ended sadly when she passed away at age thirty-four in a car accident.Golden looks beyond Mansfield's flashy public image and tragic death to fully explore her life and legacy. She discusses Mansfield's childhood, her many loves -- including her famous on-again, off-again relationship with Mikl's "Mickey" Hargitay -- her struggles with alcohol, and her sometimes tumultuous family relationships. She also considers Mansfield's enduring contributions to American popular culture and celebrity culture. This funny, engaging biography offers a nuanced portrait of a fascinating woman who loved every minute of life and lived each one to the fullest.