Want to listen to the audiobook Joan Crawford: The Essential Biography written by Lawrence J. Quirk?
MP3 Audiobook Player is here to help! 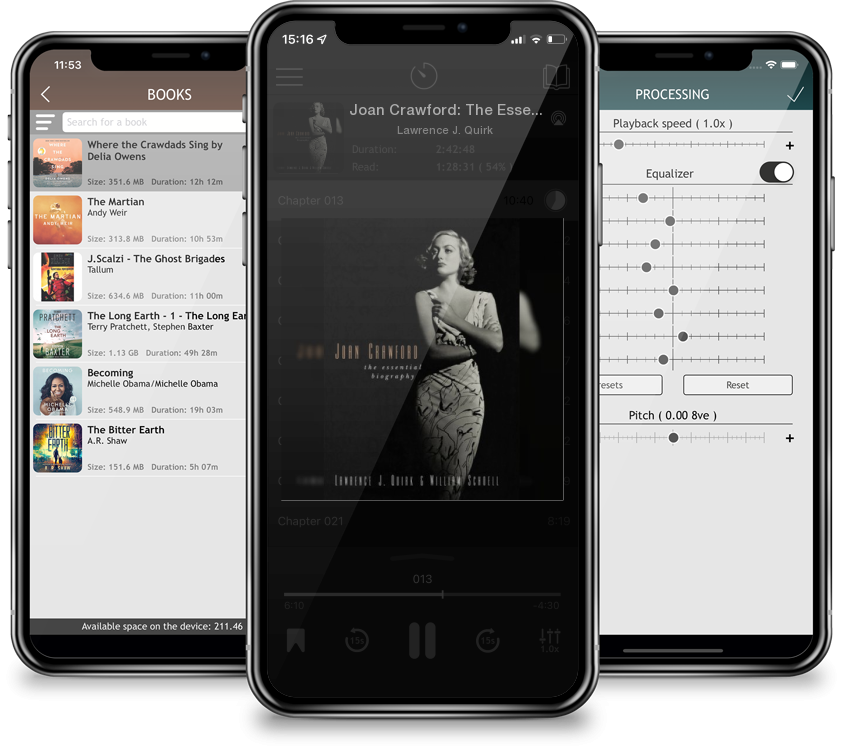 Joan Crawford: The Essential Biography explores the life and career of one of Hollywood's great dames. She was a leading film personality for more than fifty years, from her beginnings as a dancer in silent films of the 1920s, to her portrayals of working-class shop girls in the Depression thirties, to her Oscar-winning performances in classic films such as Mildred Pierce. Crawford's legacy, however, has become somewhat tarnished in the wake of her daughter Christina's memoir, Mommie Dearest, which turned her into a national joke. Today, many picture Crawford only as a wire-hanger-wielding shrew rather than the personification of Hollywood glamour. This new biography of Crawford sets the record straight, going beyond the gossip to find the truth about the legendary actress. The authors knew Crawford well and conducted scores of interviews with her and many of her friends and co-stars, including Frank Capra, George Cukor, Nicholas Ray, and Sidney Greenstreet. Far from a whitewash -- Crawford was indeed a colorful and difficult character -- Joan Crawford corrects many lies and tells the story of one of Hollywood's most influential stars, complete with on-set anecdotes and other movie lore. Through extensive interviews, in-depth analysis, and evaluation of her films and performances -- both successes and failures -- Lawrence J. Quirk and William Schoell present Crawford's story as both an appreciation and a reevaluation of her extraordinary life and career. This fascinating book tells the behind-the-scenes story of one of Hollywood's great dames.