Want to listen to the audiobook John Dillinger: The Life and Death of America's First Celebrity Criminal written by Dary Matera?
MP3 Audiobook Player is here to help! 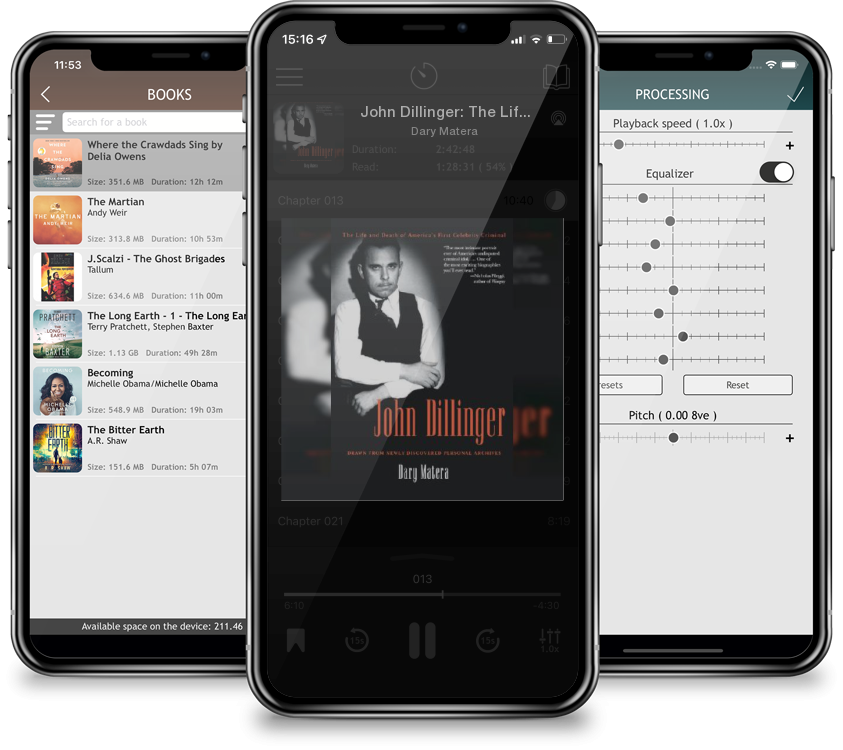 Best-selling author Dary Matera sets the Dillinger record straight, seventy years after the outlaw's death. John Dillinger is an adrenaline-fueled narrative that reignites America's fascination with the suave but deadly desperado who was the FBI's first "Public Enemy." Dubbed "The Jackrabbit" because of the way he leaped over bank cages and railings, Dillinger and his bank-robbing gang cut a criminal swath yet to be equaled. They became so famous in the 1930s that throngs of excited spectators would block the route to their getaway cars. When caught, Dillinger staged the most harrowing prison escapes imaginable -- only to finally be betrayed by the infamous "Lady in Red." John Dillinger brings to light new information, including bank robberies never before reported; detailed plans for major crimes that Dillinger nearly implemented; the revelation that the "Lady in Red" was actually a police plant; and the startling fact that John Dillinger was summarily executed by rogue FBI agents being manipulated by East Chicago detectives desperate to cover up widespread police corruption. With access to thousands of detailed accounts, and pages of telling photographs, Matera's definitive book describes every robbery, shoot-out, and prison escape as though he choreographed them himself.