Want to listen to the audiobook John E. Parsons: An Eminent New Yorker in the Gilded Age written by Paul DeForest Hicks?
MP3 Audiobook Player is here to help! 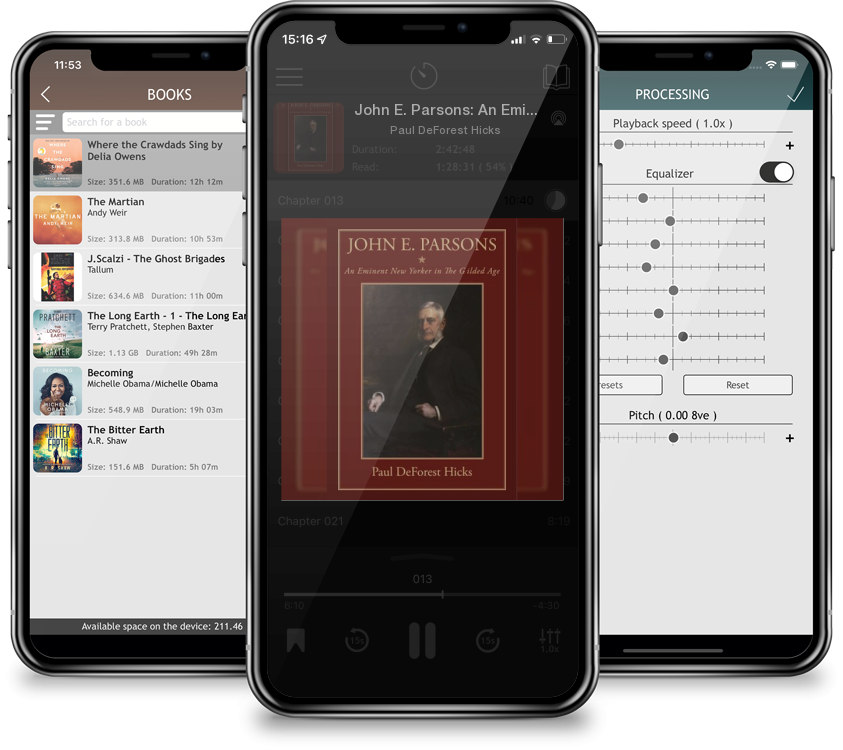 John E. Parsons: An Eminent New Yorker in the Gilded Age is the captivating biography about the life and times of a man who was a major figure in the history of New York at the turn of the 20th century.An attorney, philanthropist, and reformer, Parsons held a position of respect among such Gilded Age barons as Morgan, Rockefeller and Carnegie, helped establish institutions that became the Cooper Union for the Advancement of Science and Art and the Memorial Sloan Kettering Cancer Center, and contributed to amending the city's legal bar association that helped put an end to the corruption of "Boss" Tweed's Tammany Hall politicians.When not performing his civic duties, Parsons enjoyed the country life in his home in Lenox, Massachusetts, where his generosity made him a beloved member of the Berkshire Hills community.But despite his charitable works, Parsons's role as a trustee for the Sugar Refineries Company--or "Sugar Trust"--embroiled him in a corporate conspiracy that would threaten to tarnish his reputation as a righteous and moral activist, and as one of New York's greatest unsung heroes. The dramatic story of how he endured the protracted trial and publicity is a poignant testament to his strength of character and the widespread admiration in which he was held.