Want to listen to the audiobook Josh Widdicombe: Watching The 90s: A Childhood Memoir written by Josh Widdicombe?
MP3 Audiobook Player is here to help! 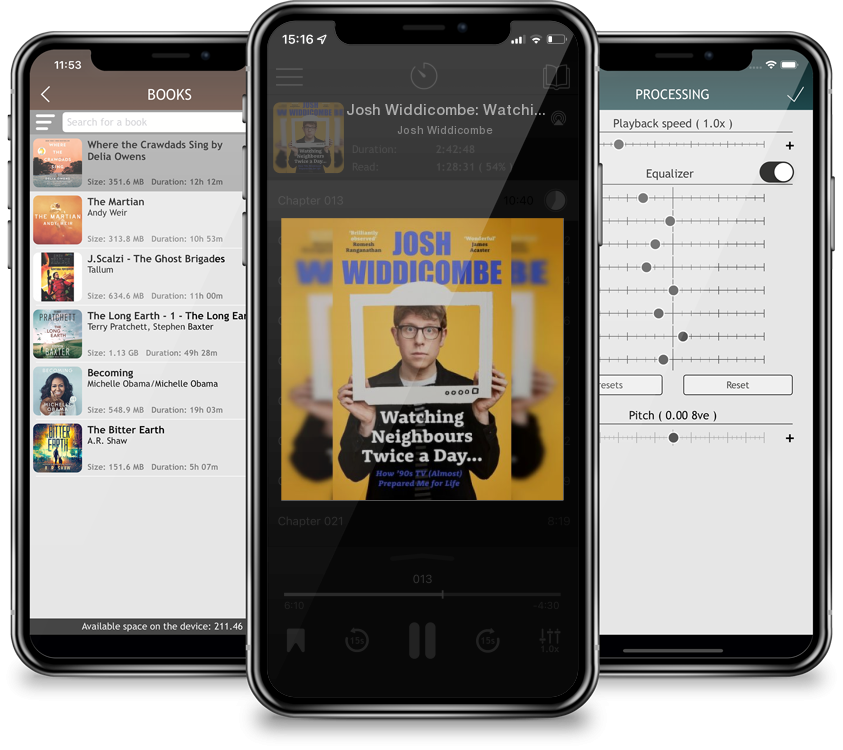 In Watching the Nineties, much-loved comedian Josh Widdicombe tells the story of a strange rural childhood, the kind of childhood he only realised was weird when he left home and started telling people about it. From only having four people in his year at school, to living in a family home where they didn't just not bother locking the front door, they didn't even have a key. Using a different television show of the time as it's starting point for each chapter Watching the Nineties is part-childhood memoir, part-comic history of 90s television and culture. It will discuss everything from the dangers of recreating Gladiators in your front room, to Josh's belief that Mr Blobby is one of the great comic characters, to being the only vegetarian child west of Bristol. Together it tells the story of the end of an era, the last time when watching television was a shared experience for the family and the nation, before the internet meant everyone watched different things at different times on different devices, headphones on to make absolutely sure no one could watch it with them.