Want to listen to the audiobook Judge Sewall's Apology: The Salem Witch Trials and the Forming of a Conscience written by Richard Francis?
MP3 Audiobook Player is here to help! 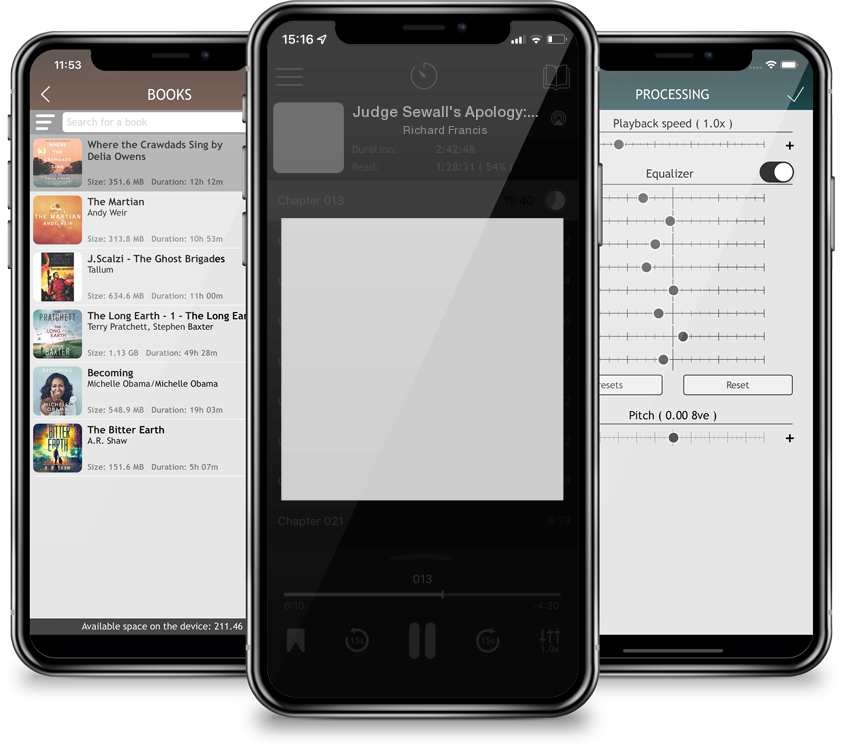 Judge Sewall's Apology: The Salem Witch Trials and the Forming of a Conscience

The most evocative and richly contextualised account of the Salem Witch trials in print.The Salem witch trials of 1692 have assumed mythical status. Immortalised by Arthur Miller's 'The Crucible', the witch-hunt is now part of our vocabulary. Yet the actual events have ben overshadowed by the myth. Biographer and novelist Richard Francis brings the reality back into focus with the story of Samuel Sewall, New England Puritan, Salem trial judge, publisher, entrepreneur and writer.Sewall's life encompassed the tensions that faced the second generation colonists, caught between the staunch conservatism of the Founding Fathers and the possibilities their new world offered. Everywhere there was conflict, schism and violence, from the pagan Indians to dissenting settlers. Out of the struggle to maintain cohesion emerged the forces that drove the Salem tragedy. Five years after pronouncing judgment at the trials, Sewall walked into a Boston church and recanted the guilty verdicts, praying for forgiveness. Rarely remarked upon before now, this extraordinary act not only marked a turning point for Sewall, but arguably set the fledgling nation on the path that it has followed to this day.In this intriguing biography, Richard Francis rediscovers a period of great cultural change and historical development, enabling us to see the colonial Puritans not as grim ideologues but as flesh-and-blood people. We witness the comical courtship of Sewall's later years; his attempts to square a prodigious appetite with the scruples of piety, and a disagreement that led him to pen the first anti-slavery tract ever written in America. Through Sewall's life, we gain access to the lost wonders of the New World.