Want to listen to the audiobook Judgment Ridge: The True Story Behind the Dartmouth Murders written by Dick Lehr?
MP3 Audiobook Player is here to help! 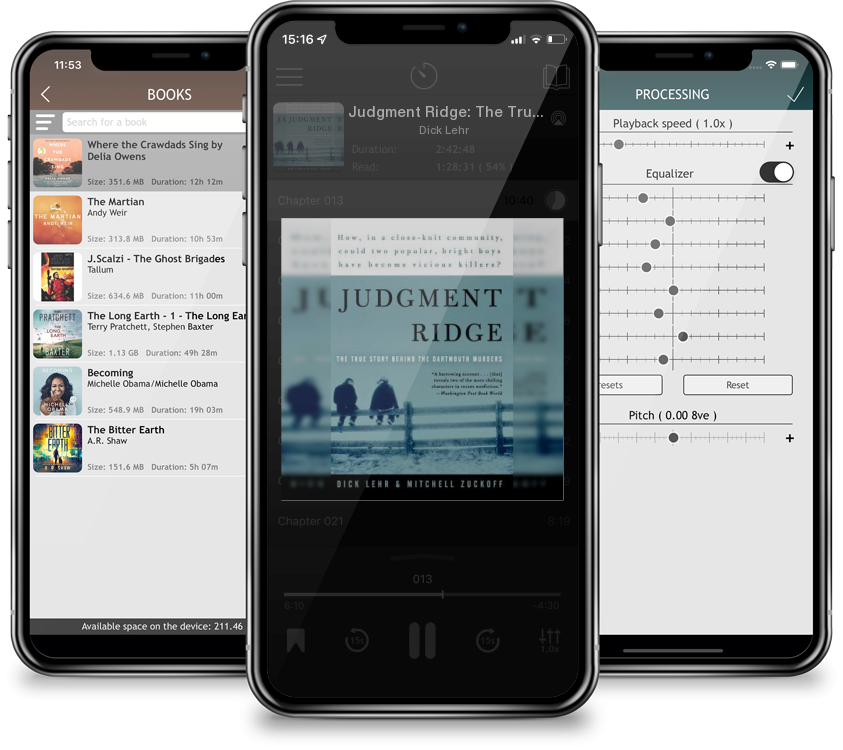 Judgment Ridge: The True Story Behind the Dartmouth Murders

A riveting investigation of the brutal murders of two Dartmouth professors –– a book that, like In Cold Blood, reveals the chilling reality behind a murder that captivated the nation.On a cold night in January 2001, the idyllic community of Dartmouth College was shattered by the discovery that two of its most beloved professors had been hacked to death in their own home. Investigators searched helplessly for clues linking the victims, Half and Susanne Zantop, to their murderer or murderers. A few weeks later, across the river, in the town of Chelsea, Vermont, police cars were spotted in front of the house of high school senior Robert Tulloch. The police had come to question Tulloch and his best friend, Jim Parker. Soon, the town discovered the incomprehensible reality that Tulloch and Parker, two of Chelsea's brightest and most popular sons, were now fugitives, wanted for the murders of Half and Susanne Zantop.Authors Mitchell Zuckoff and Dick Lehr provide a vivid explication of a murder that captivated the nation, as well as dramatic revelations about the forces that turned two popular teenagers into killers. Judgement Ridge conveys a deep appreciation for the lives (and the devastating loss) of Half and Susanne Zantop, while also providing a clear portrait of the killers, their families, and their community—and, perhaps, a warning to any parent about what evil may lurk in the hearts of boys.