Want to listen to the audiobook Just One More Thing: Stories from My Life written by Peter Falk?
MP3 Audiobook Player is here to help! 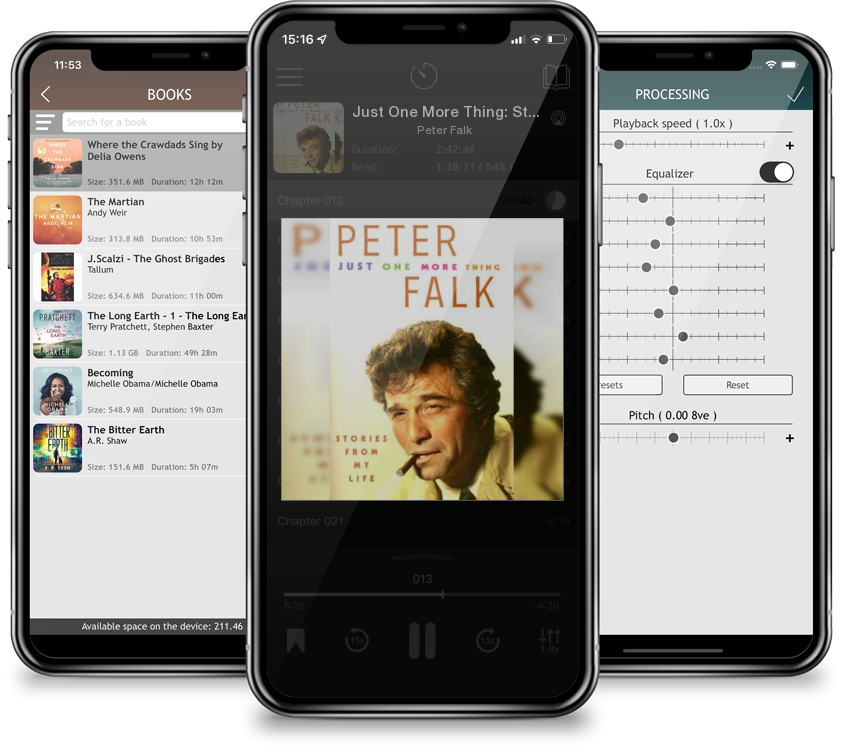 Just One More Thing: Stories from My Life

In Just One More Thing Peter Falk, award-winning actor takes us behind-the-scenes into his professional and private life. Starting in Hartford, where he worked as a management analyst for the Connecticut State Budget Bureau., Falk was no more successful than at an earlier attempt to work with the CIA. He then turned to an old college interest: acting. Falk came to prominence in 1956 in the successful Off-Broadway revival of The Iceman Cometh. Although he worked continuously for the next three years, a theatrical agent advised him not to expect much work in motion pictures because of his glass eye. Surgeons had removed his right eye, along with a malignant tumor, when he was three years old. But in 1958, Falk landed his first movie, Murder Incorporated, and was nominated for an Oscar. A Pocketful of Miracles garnered his second Oscar nomination, but it was through his collaboration with filmmaker John Cassavetes that Falk entered into his most creative period in 1970 when movies such as A Woman Under the Influence helped launch the independent film movement. Through television, however, Falk reached his widest audience -- portraying the inimitable Lieutenant Columbo throughout the 1970s and winning four Emmys.