Want to listen to the audiobook Kathleen Turner on Acting: Conversations about Film, Television, and Theater written by Kathleen Turner?
MP3 Audiobook Player is here to help! 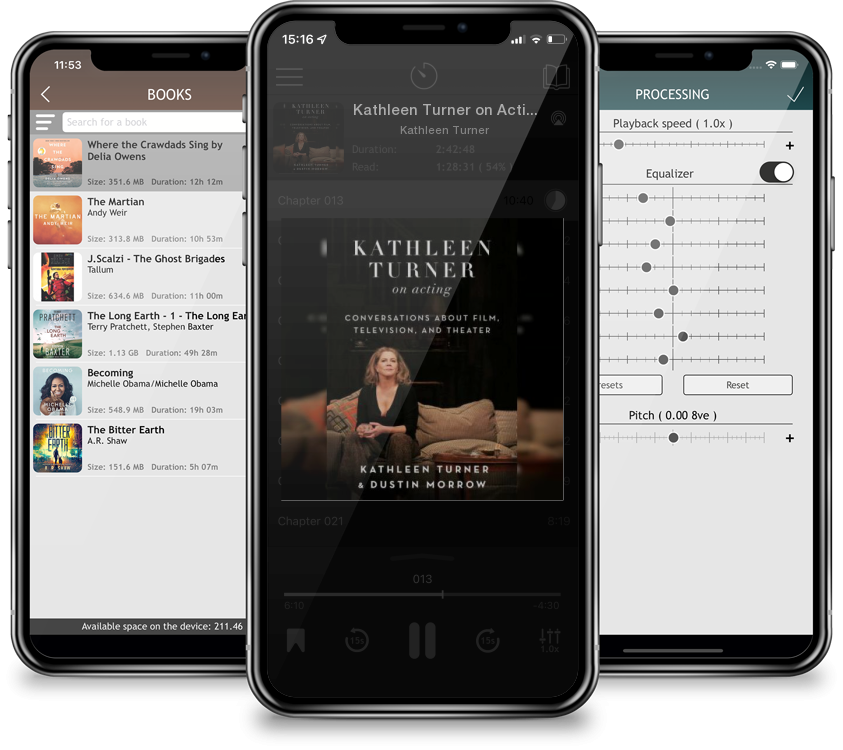 Kathleen Turner on Acting: Conversations about Film, Television, and Theater

Few actors have had a career as dynamic as that Kathleen Turner's; success has followed her from the television screen to major blockbusters, from indie films to the theater stage. Over her forty-year career, Turner has developed an instinctual knowledge of what it takes to be a successful actor, and, in her conversations with esteemed film professor Dustin Morrow, she shares these lessons with the world. With her iconic wit on full display, Turner dazzles readers with her shrewd insights on the craft of acting and charming anecdotes from her own storied career. Touching on each of her roles, she expounds on the lessons she’s learned and describes her journey of discovery in the world of acting. An epic and intense one-on-one master class in acting from the best teacher imaginable, Kathleen Turner on Acting is a must for acting and directing students of every age, established actors and directors, filmmakers, theater pros, and artists of every stripe.