Want to listen to the audiobook King of the Mountain: The Rise Fall and written by John M. Caher?
MP3 Audiobook Player is here to help! 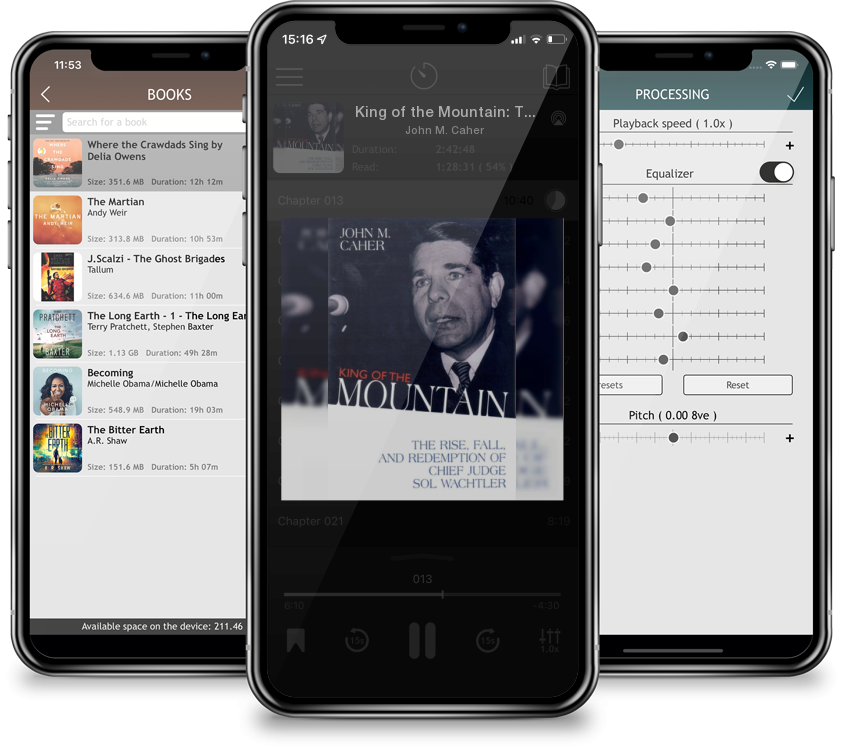 King of the Mountain: The Rise Fall and

Once known for his historically significant landmark decisions on civil rights, free speech, the right-to-die, and for banning discrimination, New York Chief Judge Sol Wachtler rose to the top of his profession and was a high roller in state politics a potential candidate for governor. But in a matter of months, this rising judicial star exploded in a whirlwind of scandal over an affair with socialite Joy Silverman. Award-winning Albany Times Union legal reporter John M. Caher has followed Wachtler's career, the stalking scandal that led to his ignominious fall, and the former judge's efforts to redeem his reputation. Despite the media's feeding frenzy over Wachtler's infamous arrest, prosecution, and imprisonment, the judge's amazing life deserves a biography. With Wachtler's full cooperation, Caher offers an objective look at the life and mind of the most powerful judge on the New York State bench. Without excuses he closely examines and explains the dark side that doomed Wachtler, toppling him from the mountain where he had once reigned supreme. King of the Mountain is a forthright picture of Wachtler's persecuted boyhood in North Carolina, his early years in law, his rise to the top of New York political circles, and his appointment as chief judge by Gov. Mario Cuomo. Caher chronicles Wachtler's impact on the national scene, through his judicial and administrative decisions, and his role in shaping the court and influencing other judges to follow his ground-breaking lead, the steamy affair, and his efforts to rise from the ashes of disgrace and shame.