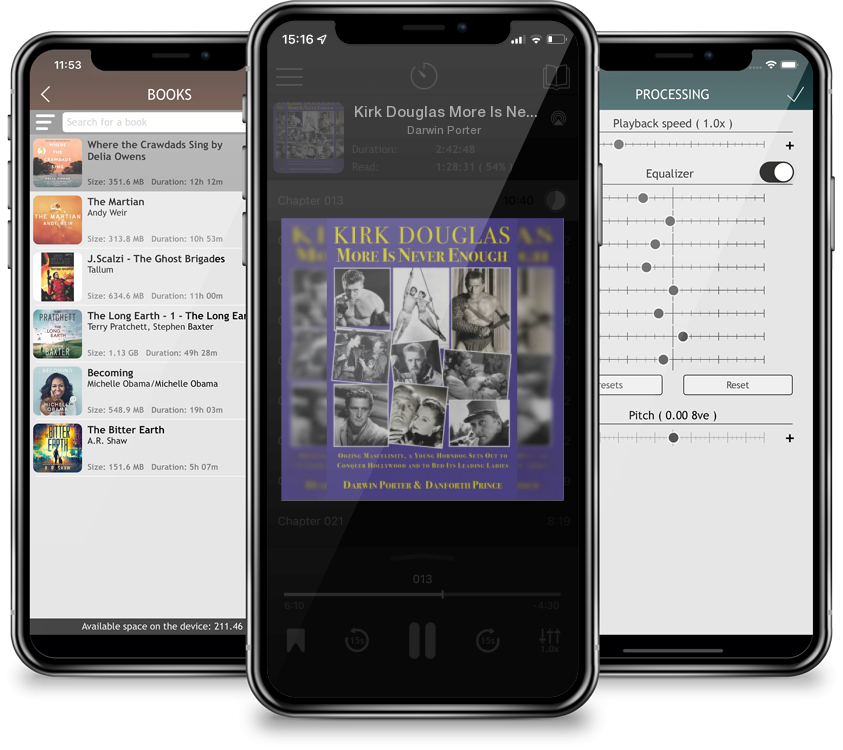 Of all the male stars of Golden Age Hollywood, Kirk Douglas became the final survivor, the last icon of a fabled era that the world will never see again. When he celebrated his birthday in 2016, a headline read--LEGENDARY HOLLYWOOD HORNDOG TURNS 100. He was both a charismatic actor and a man of uncommon force and vigor. His restless and volcanic spirit is reflected both in his films and through his many sexual conquests. Douglas was the son of Russian-Jewish immigrants, his father a ragman. After service in the Navy during World War II, he hit Hollywood, oozing masculinity and charm. Conquering Tinseltown and bedding its leading ladies, he became the personification of the American dream, moving from obscurity and (literally) rags to riches and major-league fame. The Who's Who cast of characters roaring through his life featured not only a daunting list of Hollywood goddesses, but the town's most colossal male talents and egos, too. They included his kindred hellraiser and best buddy Burt Lancaster, John Wayne, Henry Fonda, Billy Wilder, Laurence Olivier, Rock Hudson, and a future U.S. President, Ronald Reagan. Douglas began his conquests in New York, stealing the virginity of model Betty Bacall before she moved to Hollywood, changed her name to Lauren, and married Humphrey Bogart. Later, both Marilyn Monroe and Lana Turner pursued him for boudoir duty. "I had them all...well, almost," he boasted. He interpreted Joan Crawford as "the equivalent of six sisters and a mother." Rita Hayworth "had what other girls had...only more so." Marlene Dietrich was "the personification of sexuality," and Ava Gardner was "the hottest game in town." "Barbara Stanwyck may have had a lezzie streak, but not with me. Call her a tigress. Over the decades, he immortalized himself in film after film, delivering, like a Trojan, one memorable performance after another. He was at home in film noir, as a western gunslinger, as an adventurer (in both ancient and modern sagas), as a juggler, as Tennessee Williams' "gentleman caller," as a Greek super-hero in Ulysses, and as roguish sailor in the Jules Verne yarn, 20,000 Leagues Under the Sea, exploring the mysteries of the ocean's depths. En route to his status as a myth and legend, his performances reflected both his personal pain and the brutalization of the characters he played, too. In Champion (1949), he was beaten to a fatal bloody pulp. As the sleazy, heartless reporter in Ace in the Hole (1951), he was stabbed with a knife in his gut. As Van Gogh in Lust for Life (1956), he writhed in emotional agony and unrequited love before slicing off his ear with a razor. His World War I movie, Paths of Glory (1957) grows more profound over the years. He lost an eye in The Vikings (1958), and, as the Thracian slave leading a revolt against Roman legions in Spartacus (1960), he was nailed to a cross. All of this is brought out, with photos, in this remarkable testimonial to the last hero of Hollywood's cinematic and swashbuckling Golden Age, an inspiring testimonial to the values and core beliefs of an America that's Gone with the Wind, yet lovingly remembered as a time when it, in many ways, was truly great.