Want to listen to the audiobook Last Train to Memphis: The Rise of Elvis Presley written by Peter Guralnick?
MP3 Audiobook Player is here to help! 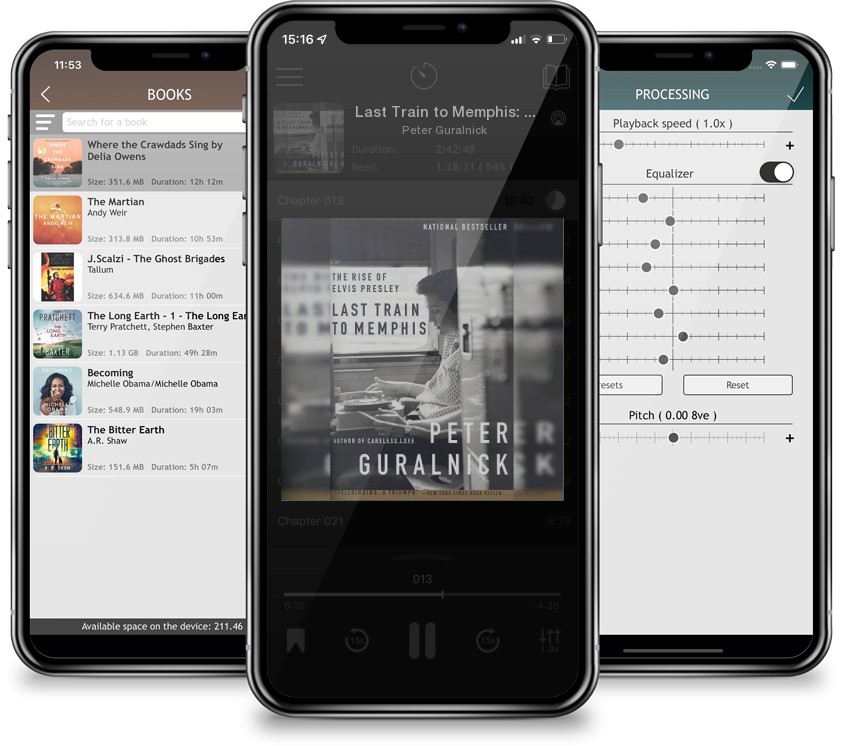 Last Train to Memphis: The Rise of Elvis Presley

Written with grace, humor, and affection, Last Train to Memphis has been hailed as the definitive biography of Elvis Presley. It is the first to set aside the myths and focus on Elvis' humanity in a way that has yet to be duplicated.A New York Times Notable BookWinner of the Ralph J. Gleason Music Book Award"Elvis steps from the pages. You can feel him breathe. This book cancels out all others." --Bob Dylan From the moment that he first shook up the world in the mid 1950s, Elvis Presley has been one of the most vivid and enduring myths of American culture.Last Train to Memphis: The Rise of Elvis Presley is the first biography to go past that myth and present an Elvis beyond the legend. Based on hundreds of interviews and nearly a decade of research, it traces the evolution not just of the man but of the music and of the culture he left utterly transformed, creating a completely fresh portrait of Elvis and his world.This volume tracks the first twenty-four years of Elvis' life, covering his childhood, the stunning first recordings at Sun Records ("That's All Right," "Mystery Train"), and the early RCA hits ("Heartbreak Hotel," "Hound Dog," "Don't Be Cruel"). These were the years of his improbable self-invention and unprecedented triumphs, when it seemed that everything that Elvis tried succeeded wildly. There was scarcely a cloud in sight through this period until, in 1958, he was drafted into the army and his mother died shortly thereafter. The book closes on that somber and poignant note.Last Train to Memphis takes us deep inside Elvis' life, exploring his lifelong passion for music of every sort (from blues and gospel to Bing Crosby and Mario Lanza), his compelling affection for his family, and his intimate relationships with girlfriends, mentors, band members, professional associates, and friends. It shows us the loneliness, the trustfulness, the voracious appetite for experience, and above all the unshakable, almost mystical faith that Elvis had in himself and his music. Drawing frequently on Elvis' own words and on the recollections of those closest to him, the book offers an emotional, complex portrait of young Elvis Presley with a depth and dimension that for the first time allow his extraordinary accomplishments to ring true.Peter Guralnick has given us a previously unseen world, a rich panoply of people and events that illuminate an achievement, a place, and a time as never revealed before.