Want to listen to the audiobook Les Parisiennes: Resistance, Collaboration, and the Women of Paris Under Nazi Occupation written by Anne Sebba?
MP3 Audiobook Player is here to help! 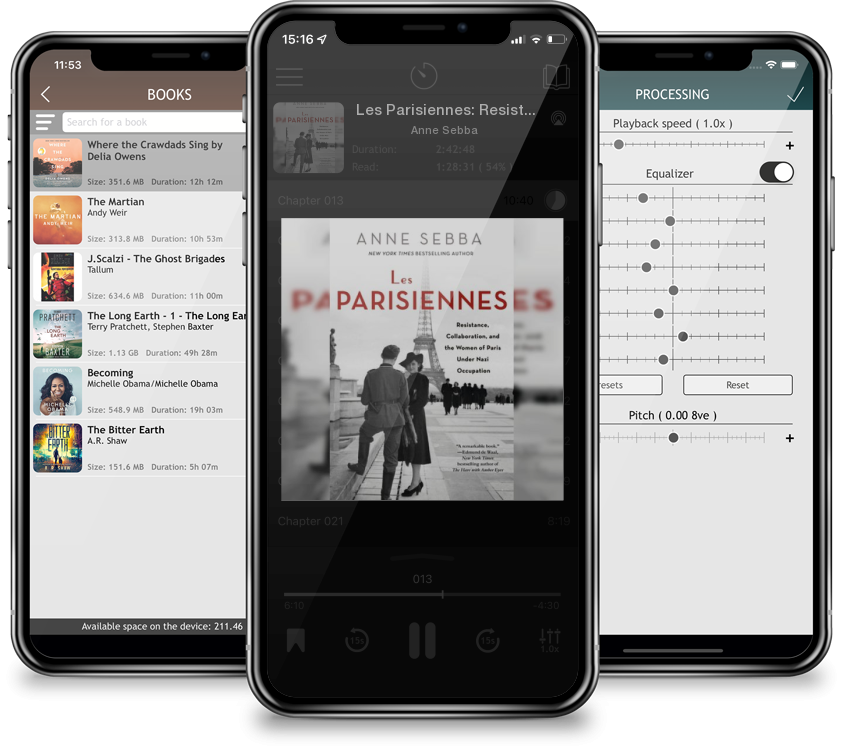 Les Parisiennes: Resistance, Collaboration, and the Women of Paris Under Nazi Occupation

“Anne Sebba has the nearly miraculous gift of combining the vivid intimacy of the lives of women during The Occupation with the history of the time. This is a remarkable book.” —Edmund de Waal, New York Times bestselling author of The Hare with the Amber EyesIn Les Parisiennes, New York Times bestselling author Anne Sebba explores a devastating period in Paris's history and tells the stories of how women survived—or didn’t—during the Nazi occupation.Paris in the 1940s was a place of fear, power, aggression, courage, deprivation, and secrets. During the occupation, the swastika flew from the Eiffel Tower and danger lurked on every corner. While Parisian men were either fighting at the front or captured and forced to work in German factories, the women of Paris were left behind where they would come face to face with the German conquerors on a daily basis, as waitresses, shop assistants, or wives and mothers, increasingly desperate to find food to feed their families as hunger became part of everyday life.When the Nazis and the puppet Vichy regime began rounding up Jews to ship east to concentration camps, the full horror of the war was brought home and the choice between collaboration and resistance became unavoidable. Sebba focuses on the role of women, many of whom faced life and death decisions every day. After the war ended, there would be a fierce settling of accounts between those who made peace with or, worse, helped the occupiers and those who fought the Nazis in any way they could.