Want to listen to the audiobook Let Nobody Turn Us Around: An African American Anthology written by Manning Marable?
MP3 Audiobook Player is here to help! 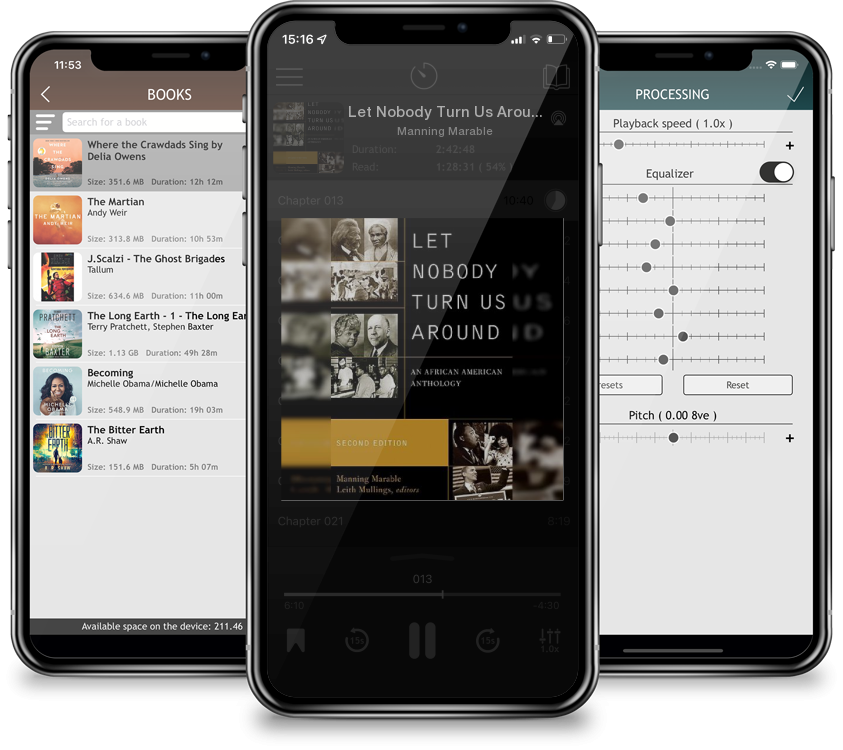 Let Nobody Turn Us Around: An African American Anthology

This anthology of black writers traces the evolution of African-American perspectives throughout American history, from the early years of slavery to the end of the twentieth century. The essays, manifestos, interviews, and documents assembled here, contextualized with critical commentaries from Marable and Mullings, introduce the reader to the character and important controversies of each period of black history. The selections represent a broad spectrum of ideology. Conservative, radical, nationalistic, and integrationist approaches can be found in almost every period, yet there have been striking shifts in the evolution of social thought and activism. The editors judiciously illustrate how both continuity and change affected the African-American community in terms of its internal divisions, class structure, migration, social problems, leadership, and protest movements. They also show how gender, spirituality, literature, music, and connections to Africa and the Caribbean played a prominent role in black life and history.