Want to listen to the audiobook Letters to My Torturer: Love, Revolution, and Imprisonment in Iran written by Houshand Asadi?
MP3 Audiobook Player is here to help! 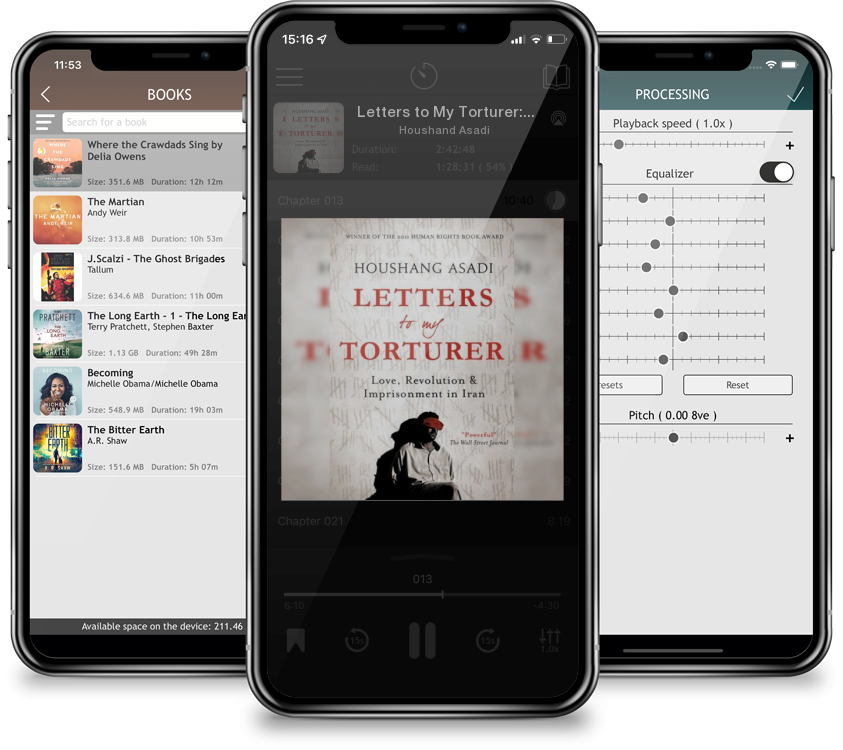 Letters to My Torturer: Love, Revolution, and Imprisonment in Iran

Meet Brother Hamid. He knows how to get answers. "A searing and unforgettable account" (Publishers Weekly) comes to mass-market paperback Houshang Asadi's Letters to My Torturer is one of the most harrowing accounts of human suffering to emerge from Iran and is now available for the first time in paperback. Kept in solitary confinement for over two years in an infamous Tehran prison, Asadi suffered inhuman degradations and brutal torture: suspended from the ceiling, beaten, and forced to bark like a dog, Asadi became a spy for the Russians, for the British - for anyone. Narrowly escaping execution as the government unleashed a bloody pogrom against political prisoners, Asadi was hauled before a sham court and sentenced to fifteen years. Here he confronts his torturer, speaking for those who will never be heard, and provides a glimpse into the heart of Iran and the practice of state-sponsored justice.