Want to listen to the audiobook Limonov: The Outrageous Adventures of the Radical Soviet Poet Who Became a Bum in New York, a Sensation in France, and a Political Antihero in Russia written by Emmanuel Carrère?
MP3 Audiobook Player is here to help! 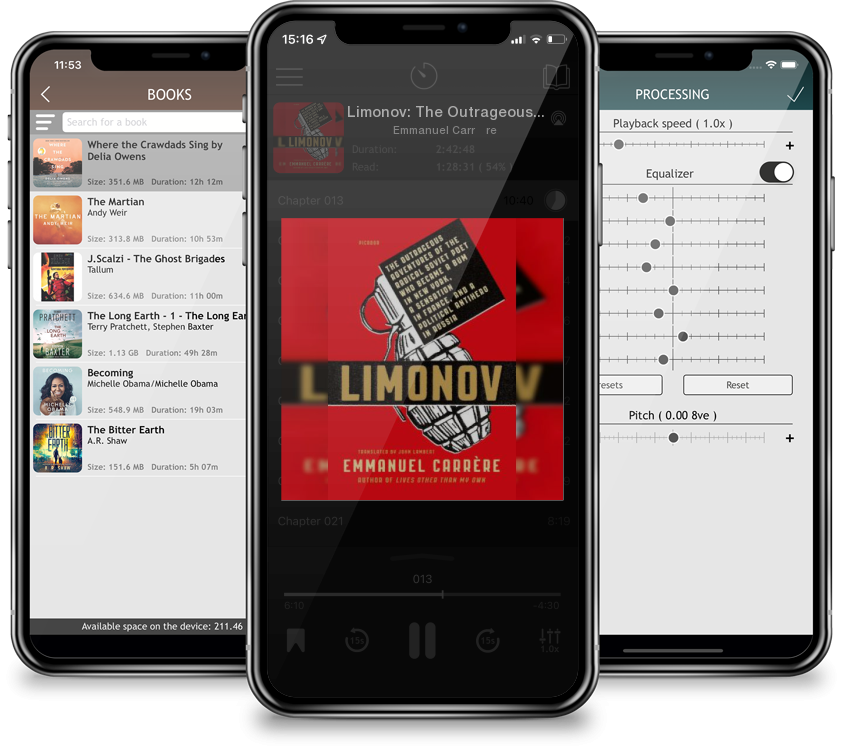 Limonov: The Outrageous Adventures of the Radical Soviet Poet Who Became a Bum in New York, a Sensation in France, and a Political Antihero in Russia

Named a Best Book of the Year by The New York Times and The Guardian (London) A thrilling page-turner that also happens to be the biography of one of Russia's most controversial figuresThis is how Emmanuel Carrère, the magnetic journalist, novelist, filmmaker, and chameleon, describes his subject: "Limonov is not a fictional character. There. I know him. He has been a young punk in Ukraine, the idol of the Soviet underground; a bum, then a multimillionaire's butler in Manhattan; a fashionable writer in Paris; a lost soldier in the Balkans; and now, in the fantastic shambles of postcommunism, the elderly but charismatic leader of a party of young desperadoes. He sees himself as a hero; you might call him a scumbag: I suspend my judgment on the matter. It's a dangerous life, an ambiguous life: a real adventure novel. It is also, I believe, a life that says something. Not just about him, Limonov, not just about Russia, but about all our history since the end of the Second World War."So Eduard Limonov isn't fictional-but he might as well be. This pseudobiography isn't a novel, but it reads like one: from Limonov's grim childhood to his desperate, comical, ultimately successful attempts to gain the respect of Russia's literary intellectual elite; to his immigration to New York, then to Paris; to his return to the motherland. Limonov could be read as a charming picaresque. But it could also be read as a troubling counternarrative of the second half of the twentieth century, one that reveals a violence, an anarchy, a brutality, that the stories we tell ourselves about progress tend to conceal.