Want to listen to the audiobook Lincoln's Lieutenants: The High Command of the Army of the Potomac written by Stephen W. Sears?
MP3 Audiobook Player is here to help! 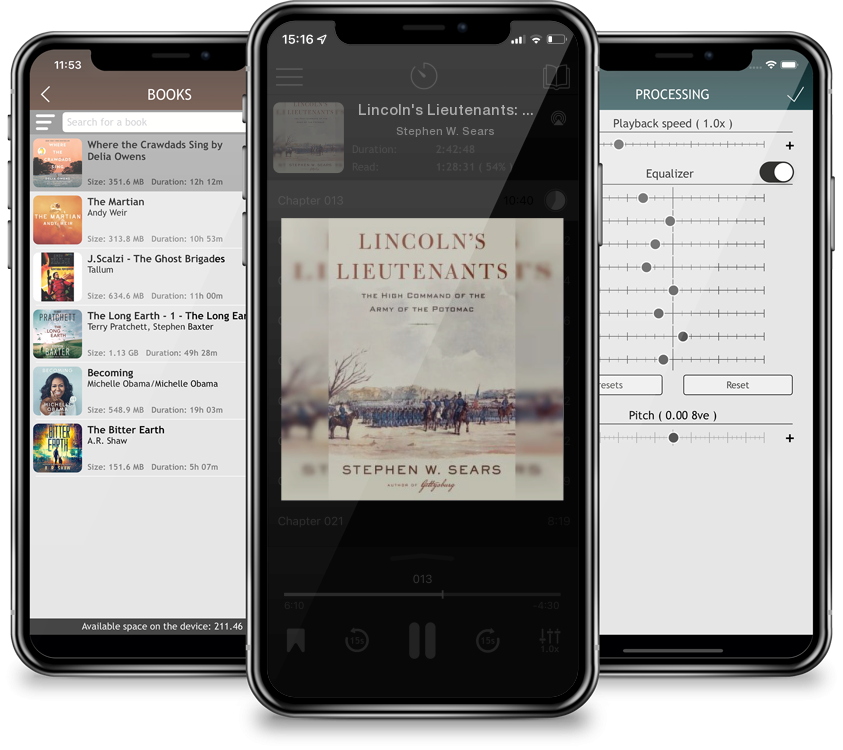 Lincoln's Lieutenants: The High Command of the Army of the Potomac

From the best-selling author of Gettysburg, a multilayered group biography of the commanders who led the Army of the Potomac The high command of the Army of the Potomac was a changeable, often dysfunctional band of brothers, going through the fires of war under seven commanding generals in three years, until Grant came east in 1864. The men in charge all too frequently appeared to be fighting against the administration in Washington instead of for it, increasingly cast as political pawns facing down a vindictive congressional Committee on the Conduct of the War.President Lincoln oversaw, argued with, and finally tamed his unruly team of generals as the eastern army was stabilized by an unsung supporting cast of corps, division, and brigade generals. With characteristic style and insight, Stephen Sears brings these courageous, determined officers, who rose through the ranks and led from the front, to life.