Want to listen to the audiobook Line of Blood: Uncovering a Secret Legacy of Mobsters, Money, and Murder written by Jana Marcus?
MP3 Audiobook Player is here to help! 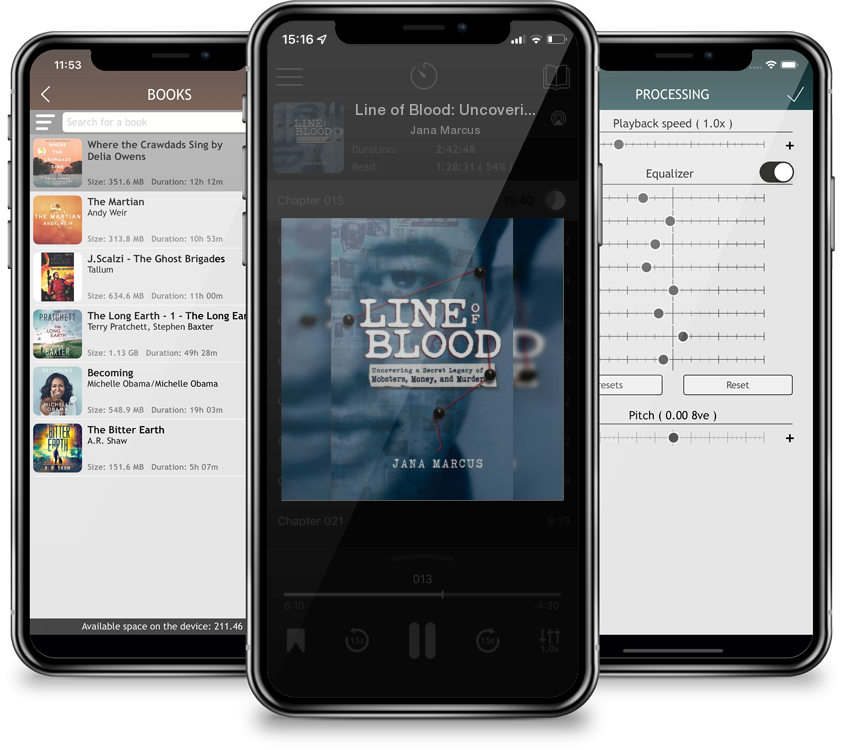 Line of Blood: Uncovering a Secret Legacy of Mobsters, Money, and Murder

When a newspaper article about a murdered mobster from the 1940s is discovered in her grandmother's secret drawer, award-winning photographer and author Jana Marcus is launched into a decades-long quest to uncover her family's hidden history and solve a 75-year-old cold-case. But the search is a mere prologue to a far greater puzzle that takes her deep into the origins of her Jewish immigrant roots, corruption at the highest levels of New York's justice system, and a dark underworld of racketeers, gamblers, and self-made millionaires - all leading to one of the greatest unsolved murders in mob history.From lies and sealed records to mysterious phone calls and revelations, her labyrinthine journey examines the complexity of family, eerie messages from beyond the grave, and the greed that drives men to murder. Accompanied by a retired NYPD detective, a crime scene psychic, and a revolving door of characters, Marcus' search culminates in an explosive on-the-ground investigation, as she uncovers the shocking secrets of her father's family and threads together a history, not only of her clan, but of New York itself.