Want to listen to the audiobook Lions and Shadows: An Education in the Twenties (FSG Classics) written by Christopher Isherwood?
MP3 Audiobook Player is here to help! 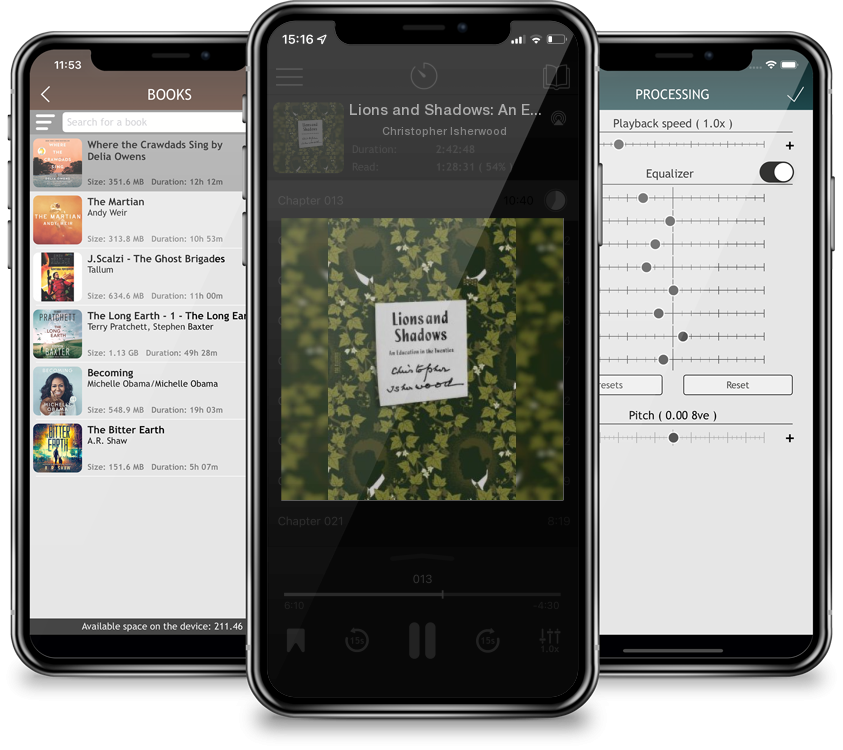 Lions and Shadows: An Education in the Twenties (FSG Classics)

Lions and Shadows blends autobiography and fiction to describe the true education of a writer evolving from precocious schoolboy to dropoutatlarge in London’s bohemia of the 1920s. Forced to withdraw from Cambridge University, “Christopher Isherwood” works as a tutor to the privileged, serves as the secretary to a busy string quartet, ill-fatedly attends medical school. Licensed by names he invents, he works up extravagant portraits of his brilliant contemporaries W. H. Auden, Edward Upward, and Stephen Spender, whose intimate friendships and cult of rebellion changed the literary identity of England in the 1930s. Although the story is Isherwood’s own life story, carrying him up to the age of twenty-five, he gives free rein to his remarkable powers of dramatization, improving on the facts here and there, to make a highly entertaining, sometimes hilarious book.“Read it as a novel,” says Isherwood. There is no difficulty taking his advice. But his characters were real people, and when Lions and Shadows was first published, in 1938, it transformed their lives into legend.