Want to listen to the audiobook Listen to This: Miles Davis and Bitches Brew (American Made Music) written by Victor Svorinich?
MP3 Audiobook Player is here to help! 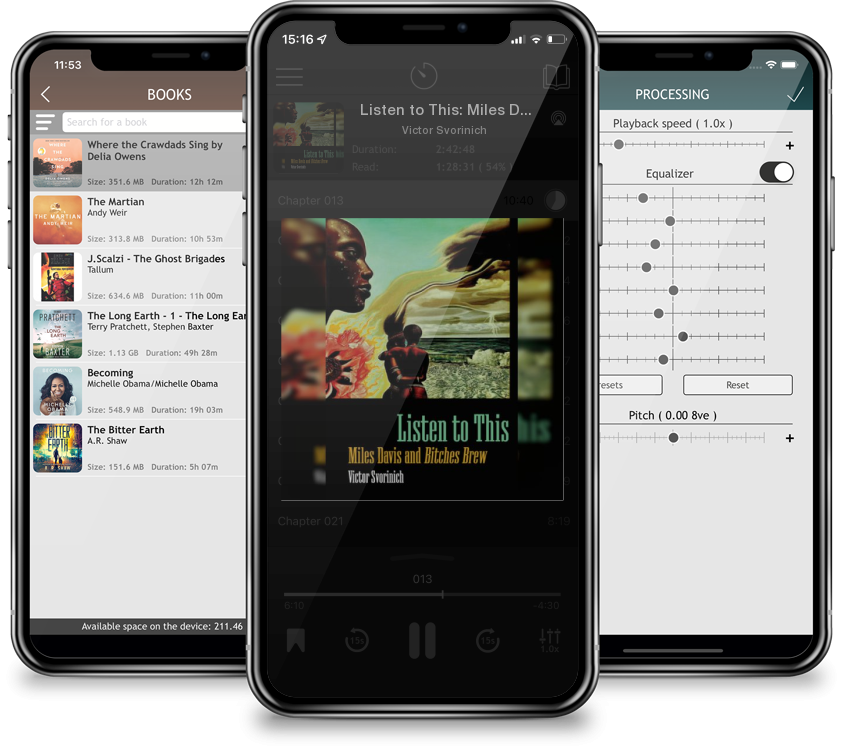 Listen to This: Miles Davis and Bitches Brew (American Made Music)

THE FIRST CLOSE CRITICAL TREATMENT OF THE ALBUM THAT SHOOK JAZZ WITH ITS ELECTRIC SOUND AND ROCK-INFLUENCED STYLE Listen to This stands out as the first book exclusively dedicated to Davis's watershed 1969 album, Bitches Brew. Victor Svorinich traces its incarnations and inspirations for ten-plus years before its release. The album arrived as the jazz scene waned beneath the rise of rock and roll and as Davis (1926- 1991) faced large changes in social conditions affecting the African American consciousness. This new climate served as a catalyst for an experiment that many considered a major departure. Davis's new music projected rock and roll sensibilities, the experimental essence of 1960s' counterculture, yet also harsh dissonances of African American reality. Many listeners embraced it, while others misunderstood and rejected the concoction. Listen to This is not just the story of Bitches Brew. It reveals much of the legend of Miles Davis--his attitude and will, his grace under pressure, his bands, his relationship to the masses, his business and personal etiquette, and his response to extraordinary social conditions seemingly aligned to bring him down. Svorinich revisits the mystery and skepticism surrounding the album and places it into both a historical and musical context using new interviews, original analysis, recently found recordings, unearthed session data sheets, memoranda, letters, musical transcriptions, scores, and a wealth of other material. Additionally, Listen to This encompasses a thorough examination of producer Teo Macero's archives and Bitches Brew's original session reels in order to provide the only complete day-to-day account of the sessions. Victor Svorinich, Whippany, New Jersey, is a music faculty member at Kean University in Union, New Jersey, and owner of the Guitar Academy. His published work includes Electric Miles: A Look at the "In a Silent Way" and "On the Corner" Sessions.